Tesla Model 3 On Rainbow Road, Plus GPS/Homelink In Action - Video 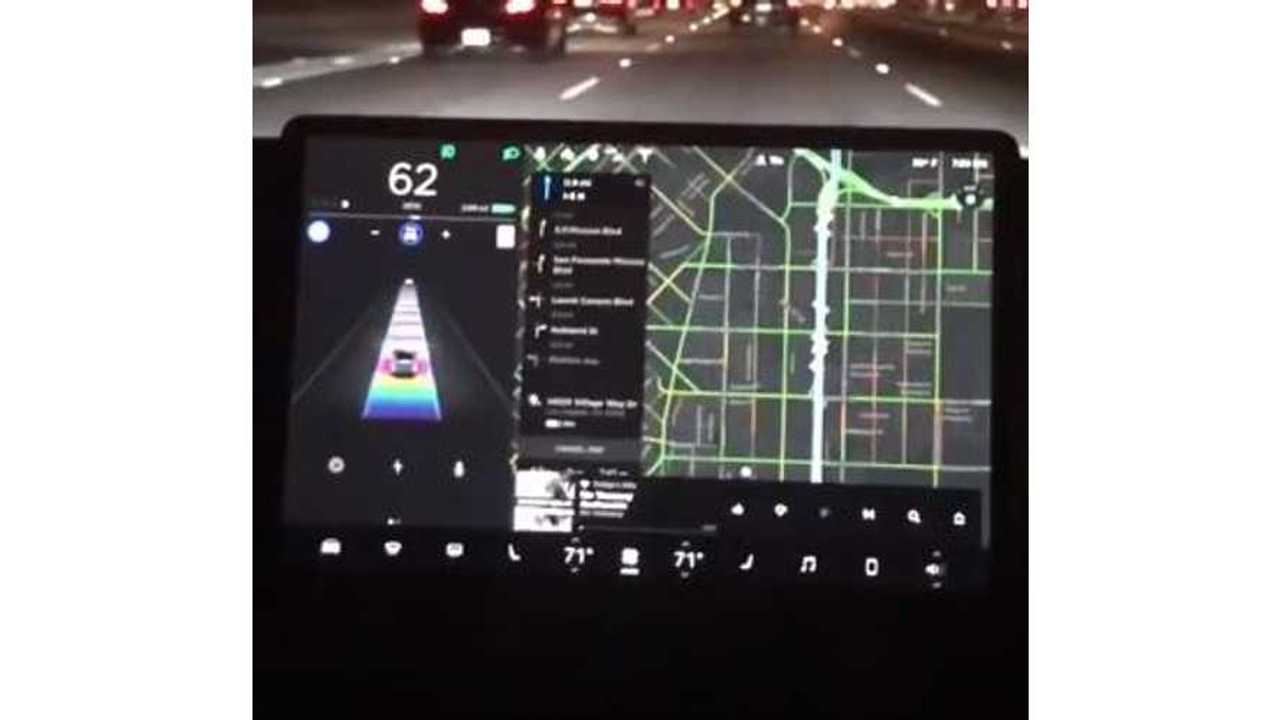 Driving down Rainbow Road in a Tesla Model 3. Really? You bet.

This brief video from within a Tesla Model 3 shows what the screen looks like when the Rainbow Road Easter Egg is activated.

Rainbow Road is a hidden feature that we first discovered back in April 2016. Since then, Tesla has released all sorts of other Easter Eggs in its vehicles.

But until now, the only Easter Egg we've heard of in the Model 3 in the one released just following the launch party by Tesla board member Steve Jurvetson.

In addition to the rainbow road video, the same YouTuber uploaded some GPS/Homelink bonus video in the Tesla Model 3.  That video has been posted below: