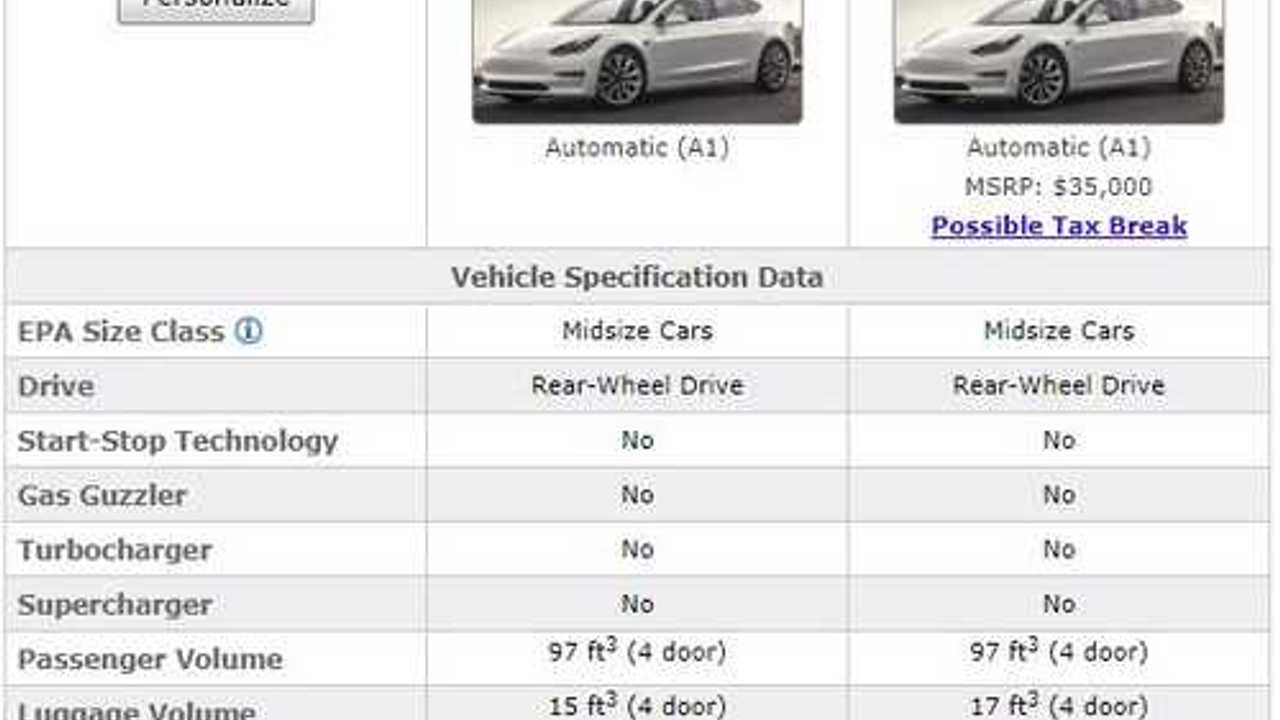 In mid-January, we exclusively reported on the improved MPGe figure for the 2018 Tesla Model 3.

As it turns out, that may not be the only improvement/change for 2018.

In addition to the  MPGe rating moving from 126 combined to 130 combined for 2018, it seems charging time has been reduced.

Under the specs tab on the EPA's site we find the following:

Note that charging time on Level 2 has dropped from 12 hours to just 10 hours. There's no explanation on the site for the reduced charging time. Perhaps Tesla was initially overestimating the figure?

The other notable difference is in luggage volume, which drops from 17 cubic feet for 2017 to 15 cubic feet for 2018. We could speculate all day as to why this alteration was made, but our best guess is that it either has something to do with the upcoming dual-motor version sapping some frunk space or perhaps it's just how the EPA rates the frunk space, which could differ from Tesla's own measurements.

2018 will bring more notable changes to the Model 3, like dual-motor availability and the launch of the base version. But still, these little minor changes here and there are interesting nonetheless.