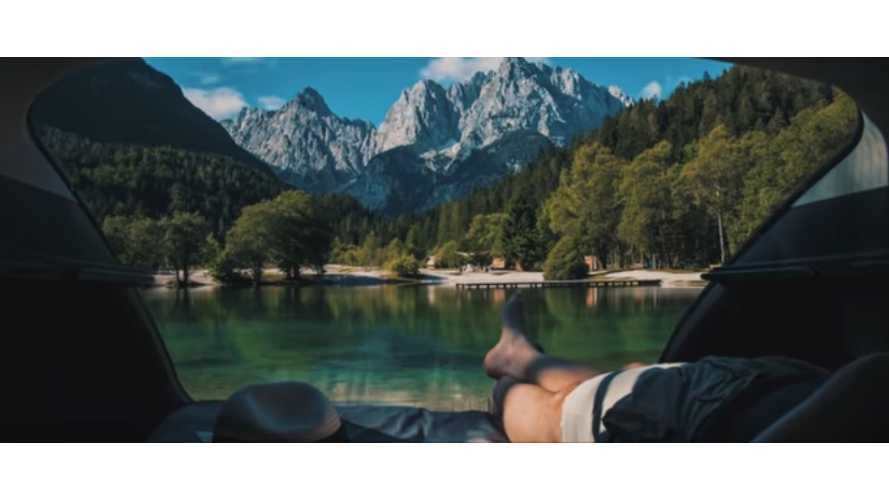 Last month we reported about Tesla's current over-the-air software update, which re-established automatic emergency braking to cars that had the feature turned off previously for validation. Now we have learned via Electrek that the update also added a few other features. All of the new features should be available fleetwide in the near future. Keep in mind that not everyone's vehicle updates at precisely the same time. Rather, it's a gradual process that reaches out to the fleet incrementally.

One such feature establishes a more effective "camper mode".

Essentially, it will keep the vehicles' climate control running for a long time while the car is in Park. The other feature gives owners the option to adjust Homelink distance settings. So, you could tell the car to sense and open a garage door or gate from a further/closer distance depending on your needs and the situation.

Tesla continues to release features such as these on a regular basis, and there are still many more to come. In fact, since the cars don't rely on regular model year updates, every time an update is established and validated, it makes its way into every compatible Tesla vehicle across the globe. This is just another way that the automotive tech company attempts to remain "future-proof".

Tesla vehicles don't officially include what some refer to as a "camper mode". However, we've seen people using the cars in this way for years and posting YouTube "how-to" videos explaining how to go about the process. There are even some aftermarket apps that will help you engage the feature in your Tesla vehicle. Now, although the automaker is still not acknowledging any official camping setting, the vehicles should function even better for the task.