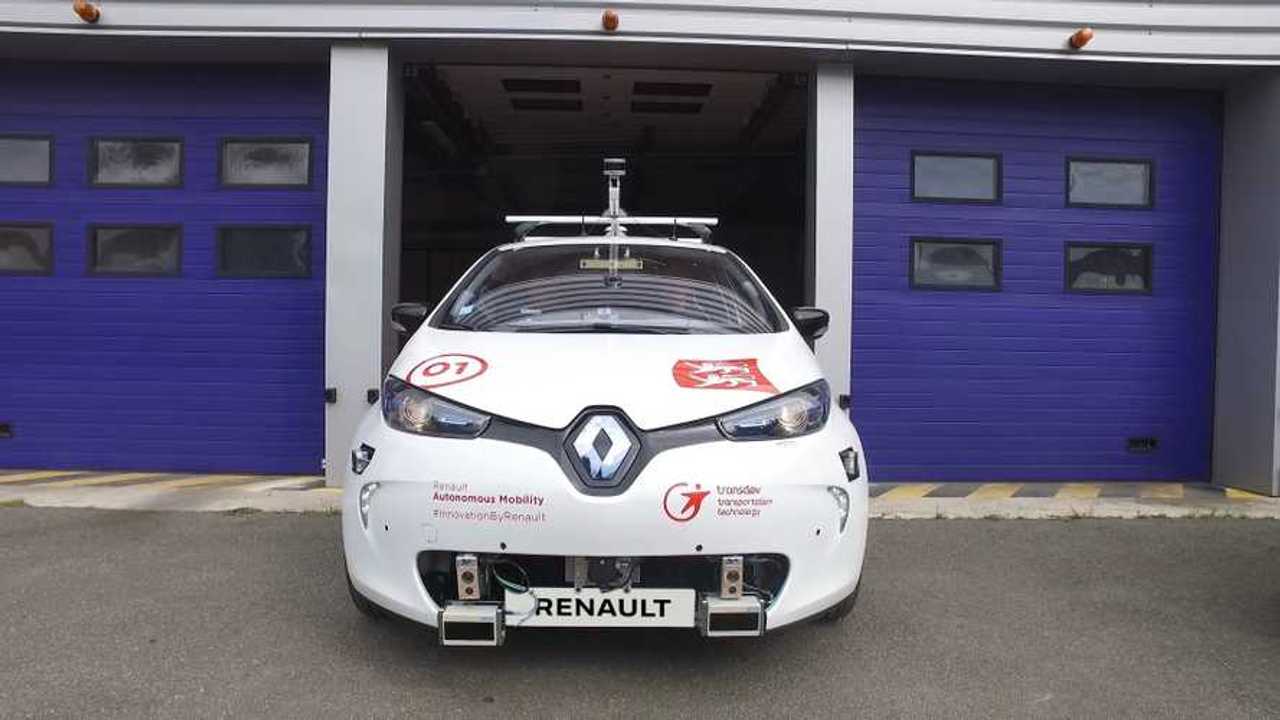 Renault and its partners are launching something called the Rouen Normandy Autonomous Lab project - an on-demand/mobility service on open roads, complete with five autonomous electric vehicles for public use.

The idea is to put four autonomous Renault ZOE and one Transdev shuttle in service over three circuits, covering a distance of ten kilometres (6 miles), in Rouen’s Technopole du Madrillet (Saint Etienne du Rouvray) - in France.

Initially, the vehicles will be tested in the real world by developers.  And then after that (hopefully), from spring 2018, an on-demand service will be open to the public for the next two years. Total budget of the project is €11 million.

It's the first project of its kind for Europe, although the pre-set routes illustrates clear that we are still years away true public autonomy.

"Using a dedicated smartphone application available at each of the seventeen stops on the three routes, passengers will be able to book a ride in real time.

Developing autonomous transport systems requires a number of core competences including dispatch, fleet management, telecommunications, sensors and autonomous driving software, as well as expertise in vehicle manufacturing. Transdev, Groupe Renault, and the metropolis combine all of these competences.

The Rouen Normandy Autonomous Lab will contribute strongly to the development and use of autonomous vehicles on open roads. Notably, it will:

The Rouen Normandy Autonomous Lab was launched by Transdev, one of the world leaders in passenger mobility. Alongside the Métropole Rouen Normandie, it includes key partners and the project marks a major milestone in the deployment of autonomous vehicles in Europe and a key step towards a shared, smarter and more sustainable mobility.

The project reflects the desire of each partner to invest in the mobility of the future, joining forces to offer their specific know-how and innovation capabilities to serve a region which is at the forefront of innovative and sustainable transport solutions. For the Metropolis and the Region, the goal is to offer their citizens a service that is a first in Europe and the first step towards the development of a cutting-edge industrial cluster dedicated to mobility of the future. For groupe Caisse des Dépôts, this experiment brings to life its “Smart City” demonstrators programme launched in November 2016 to support the deployment of innovations in the territories. Transdev, its subsidiary, contributes its expertise in public transport operations including daily management, fleet management and maintenance customer relations and in autonomous transport, notably dispatch, fleet-control-command and embedded software. Groupe Renault brings its expertise in the field of electric vehicles, autonomous driving experience and connected vehicles technologies.

With a budget of 11 million euros, 60% of the project is funded by private investors and 40% by the public sector."