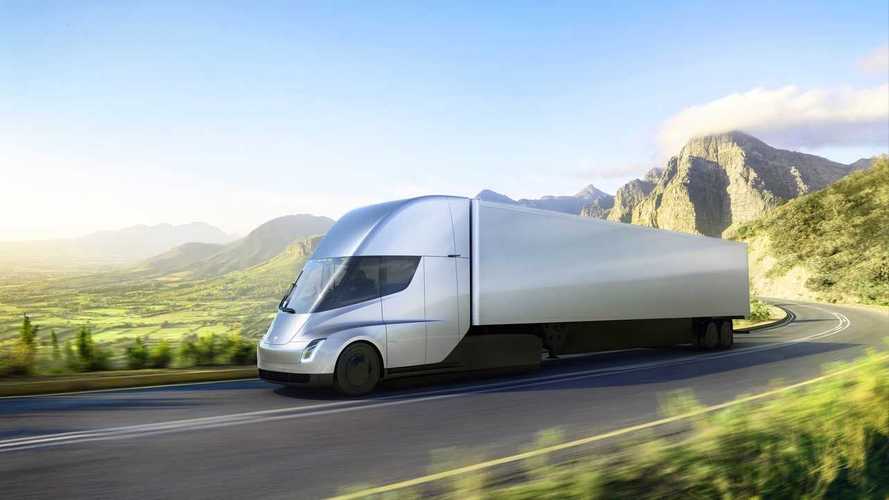 Bee'ah becomes the first in the Middle East to announce an order for all-electric Tesla Semi trucks - 50 units were reserved and are expected to arrive in UAE from 2020 on.

This is one of the largest orders for the Tesla Semi to date, in line with Sysco Corporation, and second to only PepsiCo (100) and UPS (125).

Bee'ah placed reservations immediately after the launch but remained tight-lipped until now.

"In line with its efforts to provide a better quality of life in the Middle East, Bee'ah, the region's fastest growing environmental management company, has underscored its unshakeable vision for sustainability by purchasing the first and largest fleet of Tesla Semi trucks in the Middle East. The announcement was made in-line with Bee'ah's participation at the "World Future Energy Summit", which is taking place in Abu Dhabi from 15 to 18 January 2018.

The organization placed an order for 50 of the automotive brand's revolutionary all-electric vehicles immediately after their launch on November 16, to underline Bee'ah's steadfast commitment to sustainability across its entire operations.

The incoming Tesla Semi trucks, which enter production in 2019, will primarily be used for waste collection and transportation, including transportation of materials for recovery. They will also add to Bee'ah's growing fleet of vehicles, which total over 1,000 today, and continue upgrading the organization's transport options in making the fleet as eco-friendly as possible. Overall, Bee'ah's modernized fleet will continue to make a significant contribution to reducing the company's carbon footprint, and that is by using the new Tesla Semi trucks alongside the existing electric vehicles, the vehicles that run on compressed natural gas and the ones that run on bio diesel, in addition to the boats that use solar energy while cleaning lakes and water bodies."

"We are extremely pleased to turn towards Tesla for a solution that enhances our leadership of sustainable practices in the region. As a company that strives to be the best in our field, we only work with partners that we consider to be the best in theirs," . "Through this latest investment, we hope to demonstrate to others the value and importance of seeking out better, more viable ways of achieving our business aims, all for the greater good of our communities."

"As a torchbearer for environmental responsibility, Bee'ah's move to bring the first and largest fleet of Tesla Semi trucks to the region is a significant milestone in our operational evolution. Sustainability is at the very core of what we do, and the pursuit of this feeds into every level of our organization. That is why we have made this investment in our transportation fleet, which occurs with a view towards a larger goal - achieving the objectives of the National Agenda for UAE Vision 2021,"

The use of Tesla Powerpack technology marked a significant step towards Bee'ah's vision of a future where buildings are powered solely by renewable energy - starting with its own headquarters. Designed by revered British-Iraqi architect Zaha Hadid, the new headquarters is currently under construction in Sharjah, UAE, and will become a platinum LEED certified building upon completion."