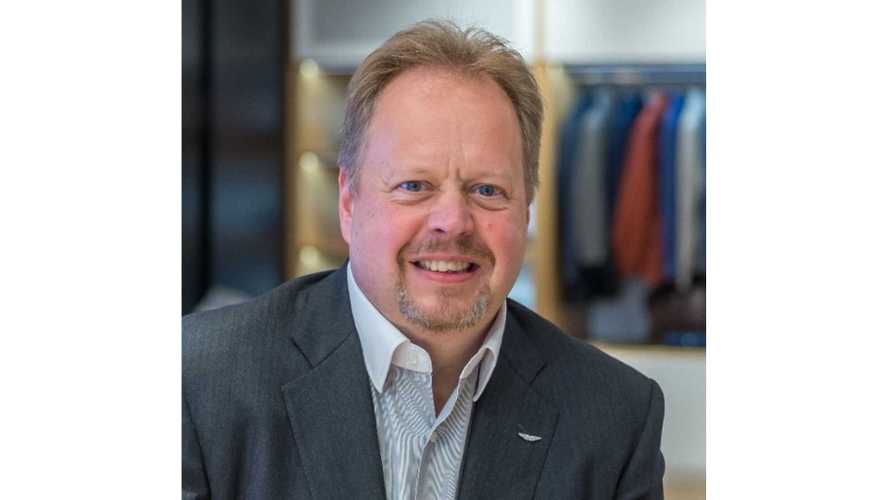 Andy Palmer has publicly poo-pooed the Dyson dream of launching an electric vehicle in 2020. Big deal, you might be thinking to yourself. what does this guy even know about building electric cars? Well, Palmer, now the CEO of Aston Martin Lagonda, which is celebrating its 105th birthday, knows quite a bit about the topic. Before he took the top job at the Gaydon, UK-based sportscar maker, he was Chief Planning Officer and Executive Vice President of Nissan, where he was responsible for the team that created the LEAF.

Need more bona fides? Consider, then, that during his tenure Aston Martin Consulting has been involved with the efforts of several other companies attempting to build electric vehicles. This includes the less-than-successful (so far) program from Faraday Future. In all, Palmer says he's been in discussions with ten different outfits, and there is a common thread of underestimation of the Herculean task of making a new car that runs through them.

"Every single one has underestimated the difficulty of engineering a car to a budget and to an aggressive timescale. Some of them will get there, but always over budget and late."

So, when he says of Dyson's 2020 assertions, "I wish him the best of luck, but on the numbers that have been reported, I know you won’t do it for that money, and you won’t do it in that timescale. At least, I know that I couldn’t," we feel those are words you can probably take to the bank.

For its part, Aston Martin doesn't currently have an electric model of its own, but it will soon. The Rapide is said to be ditching its V12 this year and will be electric from the 2019 model year onwards. Though that run will be limited to 155 units, the brand's commitment to electrification can be seen in its intention to sell only hybrids and electrics by 2030.