This Might Just Be A Tesla Semi Mule - Video 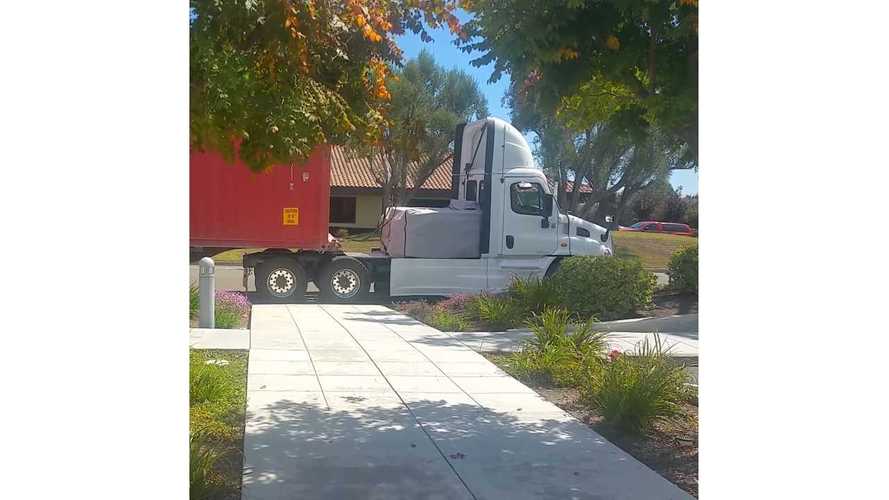 This super-quick electric semi is more than likely a Tesla Semi test mule.

Yes, it could be any semi right?

Well, first of all, it's almost surely electric. You can hear the brakes and other vehicles in the area, but when this "beast" accelerates, it's not only ridiculously silent, but also crazy fast. Added to this, it has a strange, box-like, concealed area covered by a cloth, which is likely the battery pack. This would be especially true if it's a test mule since there wouldn't be a designated area to place and conceal the battery.

We recently showed you a picture of what many believe is the Tesla Semi prototype. According to Electrek, it was being tested in California in an area that some say Tesla uses for testing. Additionally, Musk did previously state that testing was taking place with a mule. Keep in mind that the mule and the prototype are two different vehicles. In the picture below, you can see what's believed to be the prototype, on the trailer in the middle. You can see the extended portion on the prototype, which potentially houses the battery pack. However, take a close look at the red box:

A YouTuber posted this Imgur image link in the video comments. It shows a semi that looks nearly identical to the one in the video. You can see the same fabric-covered area (likely concealing the battery pack).

As people speculated about whether or not the photo was really the Tesla Semi, or something photoshopped, or something else entirely, CEO Elon Musk took to Twitter and provided a wishy-washy response.

While we have no way of knowing if the information is accurate or not, Electrek reported that an individual familiar with the program confirmed that the picture was truly the Silicon Valley automaker's electric semi. If this is true, then the above video is almost surely the test mule.

We should know more when the semi is officially unveiled on November 16, or at some point after that if the event is pushed back again.

Join us at InsideEVs new forum and let us know what you think.