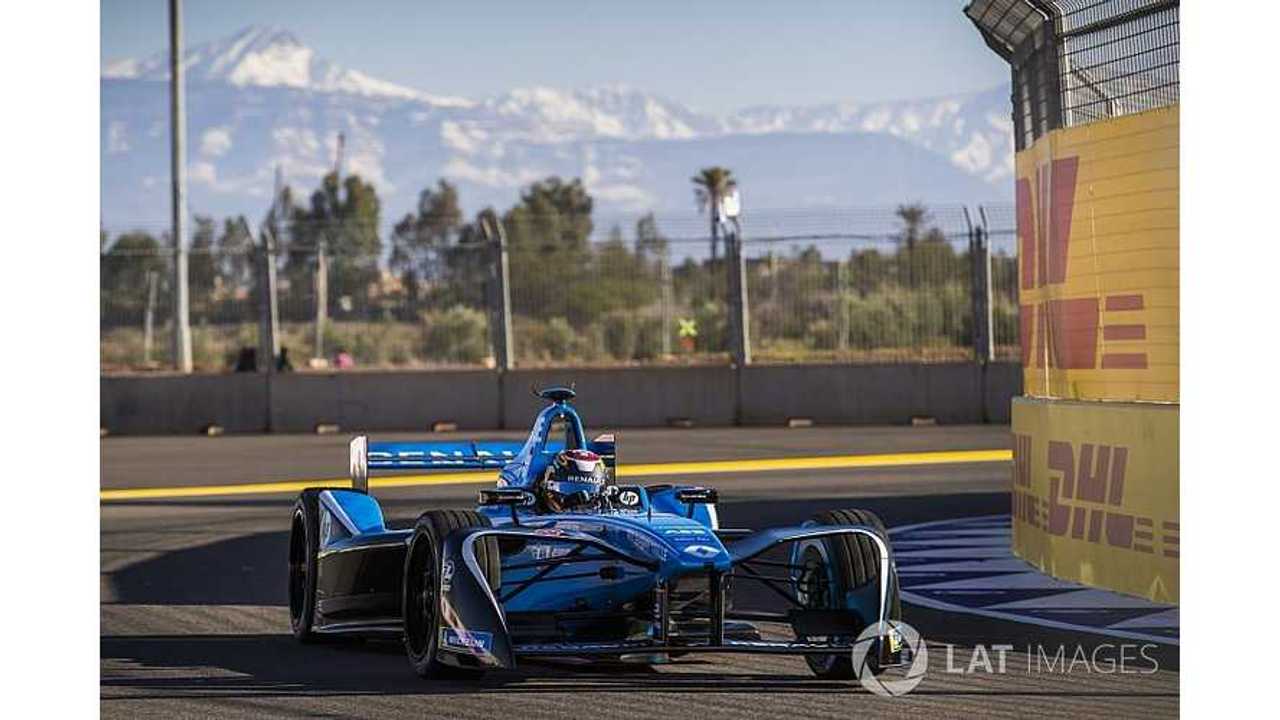 Sebastien Buemi claimed his first Formula E pole position since last May in qualifying for the Marrakesh ePrix.

Buemi’s 1m20.355s lap in the Super Pole session defeated Sam Bird by more than a quarter of a second, and he then watched his most likely rivals’ pole hopes slip away.

First Lucas di Grassi reported a motor problem as he slowed on his flying lap, then Felix Rosenqvist had a lurid slide that consigned him to third, handing Buemi a first FE pole since last year's Paris ePrix.

Though Lopez only had “a day and a half” in Dragon Racing’s simulator as preparation for his first experience of an FE car since last summer, he was sixth in practice and finished the group stage of qualifying an astonishing third.

He had a scruffy lap in Super Pole but will start fourth, 12 places ahead of teammate and regular Dragon driver Jerome d’Ambrosio, who was seven tenths slower.

Enjoying similar good fortune was front-row starter Bird, who may not have made Super Pole at all.

Bird’s DS Virgin Racing teammate Alex Lynn was first of a trio of drivers to miss out by a tiny margin, while practice pacesetter Daniel Abt was four-hundredths slower than Bird but wound up eighth.

He was sandwiched by the two Jaguars: Nelson Piquet Jr bagged seventh while a mistake exiting the final corner meant Mitch Evans could not make it another Super Pole appearance for the Jaguar team.

Oliver Turvey completed the top 10 after he and Abt had to run their 200kW laps again in the group stage after a shunt from Antonio Felix da Costa caused a red flag.

It was the second group in a row that featured a crash, after Nick Heidfeld slid his Mahindra into the tyre wall just minutes before.

Da Costa’s new Andretti teammate Tom Blomqvist will start his FE debut 12th, one place ahead of Jean-Eric Vergne, who is second in the championship.

Heidfeld (18th) and da Costa (19th) were spared last place on the grid by their 180kW lap times, which were fractionally faster than Venturi’s Edoardo Mortara, whose practice problems continued with an on-track stoppage in his group.