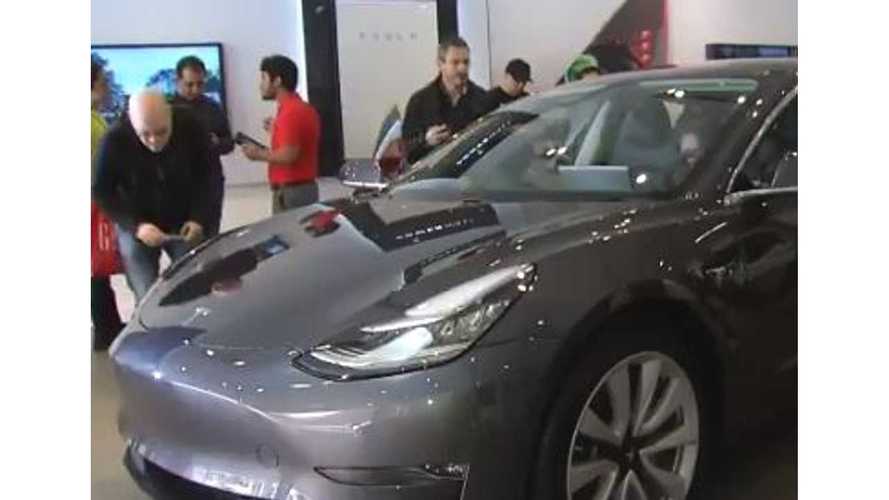 Tesla's Model 3 hits the showroom for the first time. It's on display at the Stanford Shopping Center location. Base price is $35,000. https://t.co/GgLHrD55NY pic.twitter.com/LsXmuqM6jc

As we reported yesterday, Tesla now has at least a couple of Model 3s on display at showrooms in California.

The first such 3 to be shown is this one, at Tesla's Stanford Shopping Center location.

We can confirm that this Model 3 has the textile headliner. No alcantara here.

Tesla says that Model 3 will gradually make their way across the country to be on display t showrooms. The automaker hasn't released a timeline for this display-car rollout.

Interest in checking out this 3? Here's its location:

And here's an image (thanks to Nick Alenkin!) of the Tesla Model 3 on display at Tesla's LA-area Century City site: