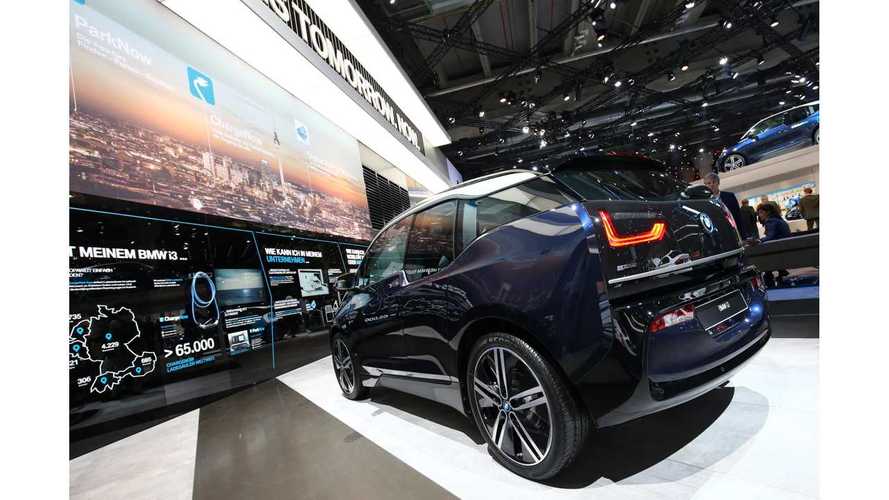 The BMW Group once again improved its monthly record of plug-in electric vehicle sales in December, achieving 13,271 deliveries (up 79.5% year-over-year) - significantly more than the previous high set in November (11,710).

All of the plug-in hybrids sold under iPerformance moniker noted 63,605 (almost double), while the MINI plug-in hybrid counter indicates 5,799.

In December, the BMW Group celebrated delivery of the 100,000th electrified vehicle sold in 2017. In total, 103,080 electrified vehicles were delivered to customers during the year; this increase of 65.6% underscores the company’s leading position in electro-mobility.

The BMW Group sold more electrified vehicles in Europe than any other premium manufacturer in 2017 and the company’s position on the world market is also extremely strong.

Four years after its launch, sales of the BMW i3 grew in 2017 by 23.3% to total 31,482 worldwide. The plug-in hybrid BMW iPerformance vehicles also continue to grow in popularity, with sales almost doubling to total 63,605. Launched in June 2017, the MINI Countryman plug-in hybrid also made a significant contribution to boosting the BMW Group’s electrified sales, with a total of 5,799 delivered to customers around the world. The BMW Group is expecting strong double-digit growth in electrified vehicle sales in 2018. By the end of 2019, the company aims to have at least half a million electrified BMW Group vehicles on the road."