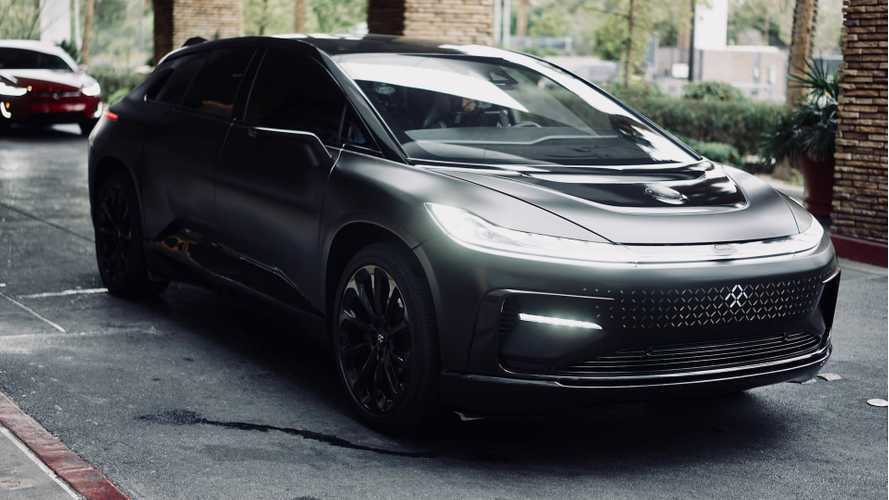 Faraday Future hasn't given up its plans to introduce the FF 91 electric to the market and now it's back at CES with its latest Stealth Combat prototype.

The Roadshow got an exclusive first passenger ride and was blown away by the acceleration surges that apparently outdo the Tesla Model X P100D.

"Faraday Future has finally let us ride along in its luxury all-electric SUV and we can confirm that it is fast. Really fast."

The FF 91 looks futuristic and interesting, but financial issues have plagued the automaker, so we're doubtful it will see the light of day.

According to a Faraday Future representative at CES, the automaker is aiming for first delivery by the end of 2018, which surprises us because there's no production facility ready. Perhaps it will be a low-volume, mostly handmade car?

At the beginning of 2017 we brought our first production car, FF 91, which was dubbed by the media as "Tesla Killer" to the world at CES. This "new species" of vehicle amazed everyone with its breakthrough combination of aesthetics and performance, industry-leading connectivity and astonishing battery range.

We’ve kept the development going since then by pushing FF 91 to the limit. We brought FF 91 to the demanding roads of Pikes Peak, improved its dynamic control, and announced a new factory in Hanford, California in anticipation of a 2018 delivery."