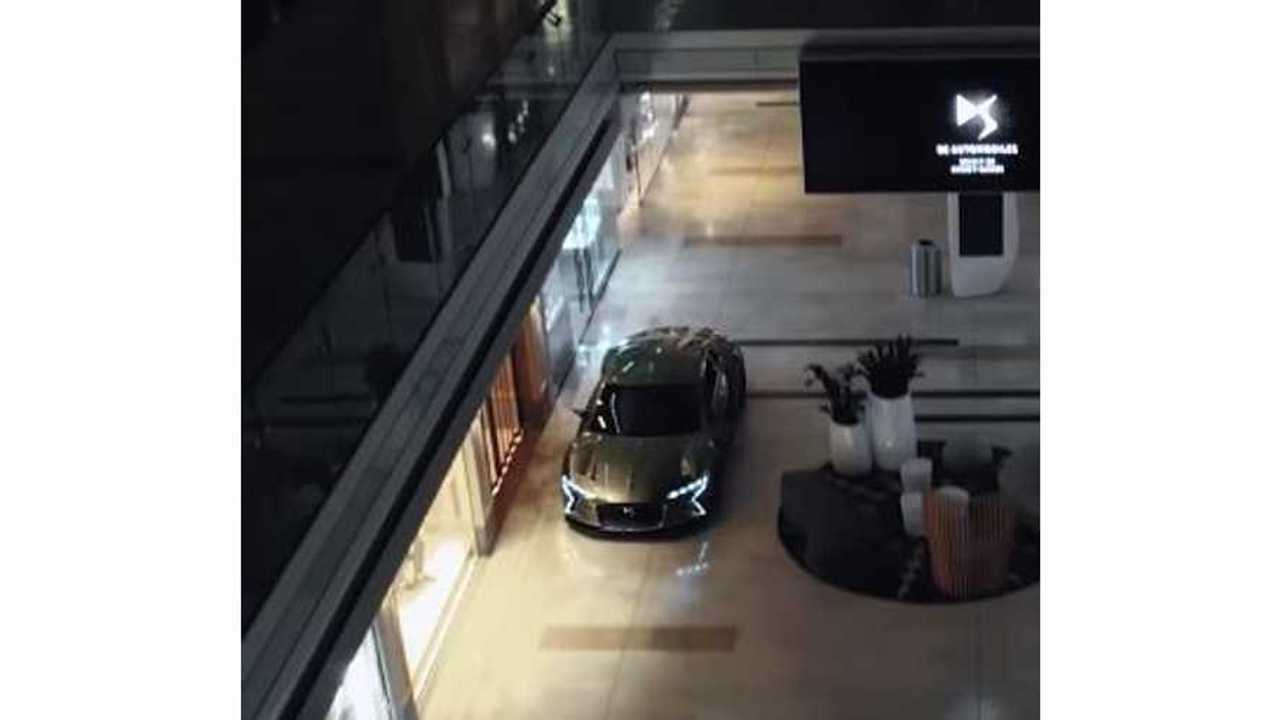 With racing driver Sam Bird behind the wheel, the electric E-Tense concept takes a trip to Westfield London.

The lovely DS E-Tense concept made its debut last year at the Geneva Motor Show. Apart from its luxurious design, the sports car came paired to a 400-horsepower (298-kilowatts) electric motor powered by lithium ion batteries and positioned just underneath the car’s carbon fiber monocoque chassis. Sadly, the concept hasn’t made its way to the production line… yet, but that doesn’t mean the luxury marque is afraid to show it off.

As part of a special celebratory film, DS has teamed up its handsome E-Tense concept with DS Virgin Racing driver Sam Bird – not to mention a special cameo from the upcoming DS 7 Crossback – for a gathering at Westfield London. That’s right, a shopping mall.

The marque has partnered with Westfield London in Shepherd’s Bush to display its E-Tense concept outside the flagship DS Urban Store. The concept car was even granted special permission to drive inside the facility – after closing time, of course – with Sam Bird behind the wheel as part of the aforementioned "Lock-In" film.

"We like to go the extra mile for our partners to help them create innovative content to drive awareness and sales," said Paul Buttigieg, Westfield’s Director of Operations. "

Giving a leading racing driver the green light to take a spin inside one of our centers was a real first but having built such a positive relationship with DS Automobiles over the past few years we wanted to help them create a standout moment to mark the UK debut of the DS E-Tense."

Alongside the DS E-Tense’s 400-hp electric motor, the concept car produces a hefty 516 Newton-meters of torque, allowing it a sprint to 62 miles per hour (100 kilometers per hour) in just 4.5 seconds, a top speed of 155 mph (249 kmh), and a range of 193 miles (310 kilometers) on a single charge. That type of performance should allow you to get from H&M to JcPenny in a jiffy.