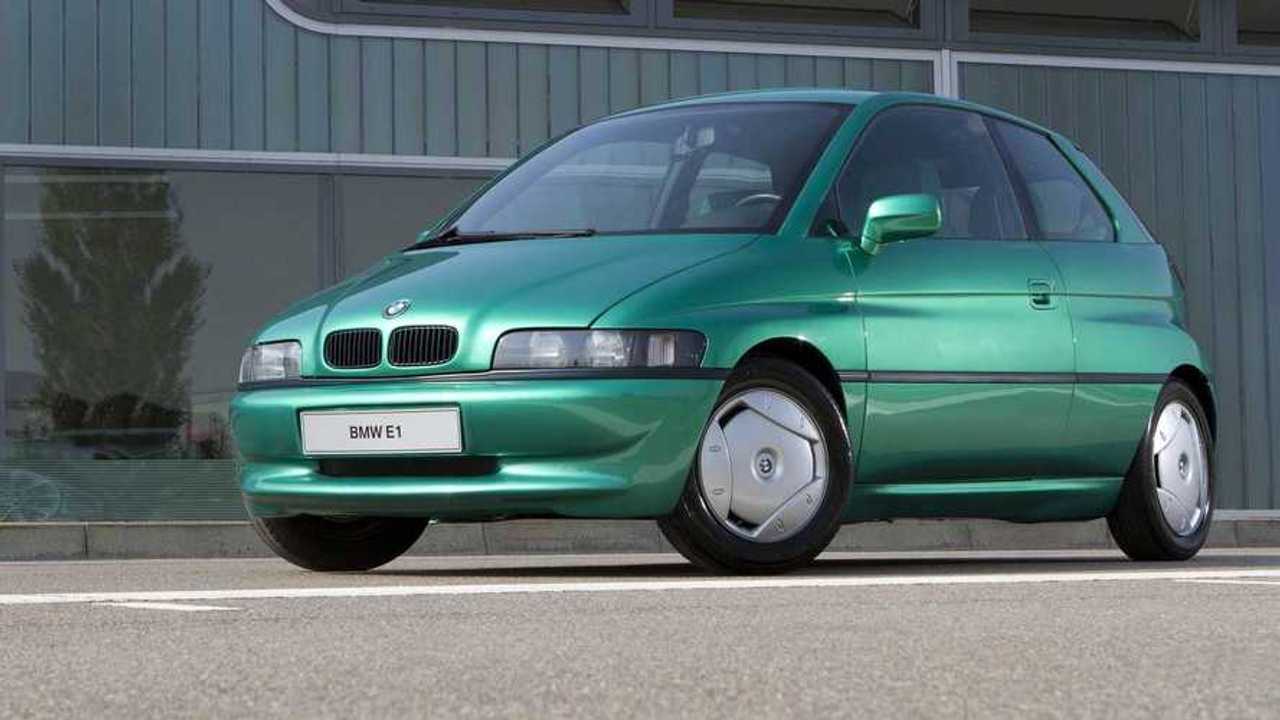 Why We Remember It Now:

As the BMW i3 gets an update for 2018 model year, and has also spawned the i3s (details), we figured it would be a good opportunity to look back at its ancestor.

BMW dipped its toes into EV development way back in 1972 when the company introduced the 1602 Elektro-Antrieb (Electric-Drive) at the Olympic Games in Munich, Germany.

Almost two decades later, the research team at subsidiary BMW Technik GmbH introduced a small electric vehicle tailored mostly to city use. Think of it as the i3 of the 1990s, but without the futuristic exterior and avant-garde interior (but maybe with the same tires?).

Like today’s i3, the BMW E1 was small on the outside and fairly large on the inside by being able to accommodate up to four people and some luggage. In order to offset the weight of the batteries, the engineers decided to develop a lightweight body making use of extrusion-pressed aluminum profiles while the outer skin was a combination between plastic and aluminum.

A fully functional concept (see driving footage above), the 1991 BMW E1 featured an unspecified battery pack that had enough juice to get you just about wherever you needed to go around town or short trips to the country (up to 200 km/124 miles in the most optimistic of situations). Not too shabby for an EV built a quarter of a century ago, right? The charging port necessary to “refill” the batteries was neatly integrated behind one of the kidney grilles.

It wasn’t painfully slow either, as the E1 had enough electric punch to reach a top speed of 75 mph (120 kph), which would have been more than enough for city use, even by today’s standards. It’s not like the current i3 is exactly a top speed burner, given its top speed is electronically capped at just 93 mph (150 kph).

The E1 wasn’t developed by BMW with production in mind as it was created purely to showcase the company’s progress regarding electric vehicles. Like many projects from BMW Technik, it had a substantially different exterior design than the road-going models of those days. The interior cabin was quite simple, but roomy for a pint-sized commuter tailored primarily to tackle the urban jungle.