Outlander PHEV May Be Final Opportunity For Mitsubishi In U.S. 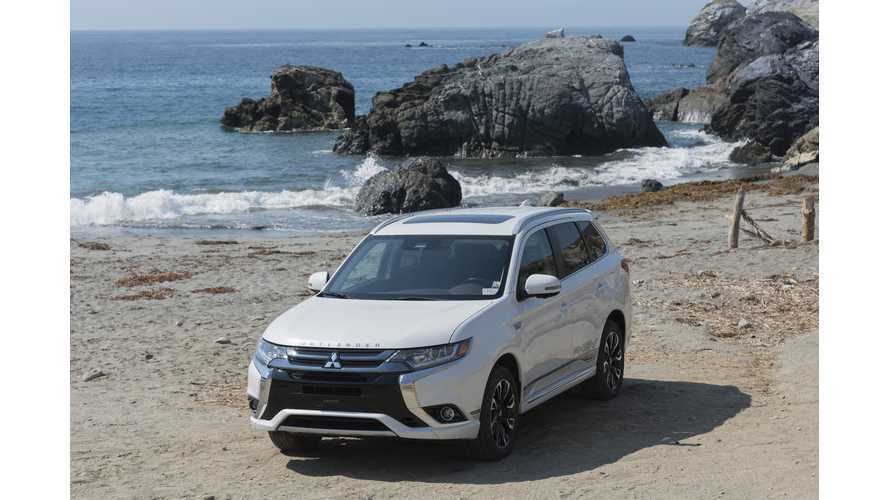 It's high time for Mitsubishi to re-establish itself in the U.S., and the 2018 Outlander PHEV might be the missing ingredient for newfound success.

The Mitsubishi Outlander PHEV is not a new vehicle. In fact, it has been selling in Japan and Europe for years. The automaker has also been promising its launch on our shores for some time (since the 2013 edition to be precise). This time, it seems that it's a promise Mitsubishi intends to keep, and the company is working to get everything in place to guarantee its success.

A look inside the 2018 Mitsubishi Outlander PHEV

The Outlander PHEV shouldn't be a hard sell for Mitsubishi. It will be the first mainstream plug-in hybrid midsize SUV in the U.S. According to Automotive News, it will outperform all current luxury SUVs in terms of electric-only range and MPGe. It also comes with DC fast charging and is priced to sell. The Outlander will be available in all 5o states, however, it will be produced in relatively limited volumes for the US in 2018.

Assuring that the U.S. launch goes off without a hitch, Mitsubishi is marketing the vehicle early and getting dealers prepared. Thus far, 85 percent of its 360 dealers nationwide have signed up to sell the PHEV, which means site preparation and training. Locations will need chargers installed, and salespeople will need to be educated to provide accurate information and a positive customer experience. Swearingen explained:

"The PHEV buyer is a buyer who takes a lot more time researching cars on the Internet. We think it's very important that when someone walks into a dealership, there's someone who can intelligently talk about the vehicle."

This type of prep would (should) be necessary for any dealership that is moving to sell electrified models. But, executive vice president of Mitsubishi Motors North America, Don Swearingen told Automotive News that some of his locations may not be on the top of their game. While some dealers sell 100 to 200 vehicles a month, the average is only 22. This is still up from about 10 six years back. The automaker is aiming to get that average up in the mid-30's. Swearingen shared:

Mitsubishi plans to bring more electrified models in the future, so this venture must go smoothly to pave the path. Additionally, many rivals' models will come to market in the coming years. Mitsubishi needs to take advantage of being first and must do it successfully. Swearingen continued:

"The Outlander is unique, but we won't have that for many years. Some of our competitors will be out in the next few years with something similar, and we want to make sure we make a mark."

The $35,535 starting price (before the federal rebate), which includes destination, is definitely a first step in the right direction. Also, the fact that Mitsubishi is now in an alliance with Nissan should help boost consumer confidence in the ailing brand. Mitsubishi is eager to bring PHEV buyers to the brand and potentially retain them. Swearingen concluded:

"We want to make sure we make a mark. I look at this as a new halo car for Mitsubishi."