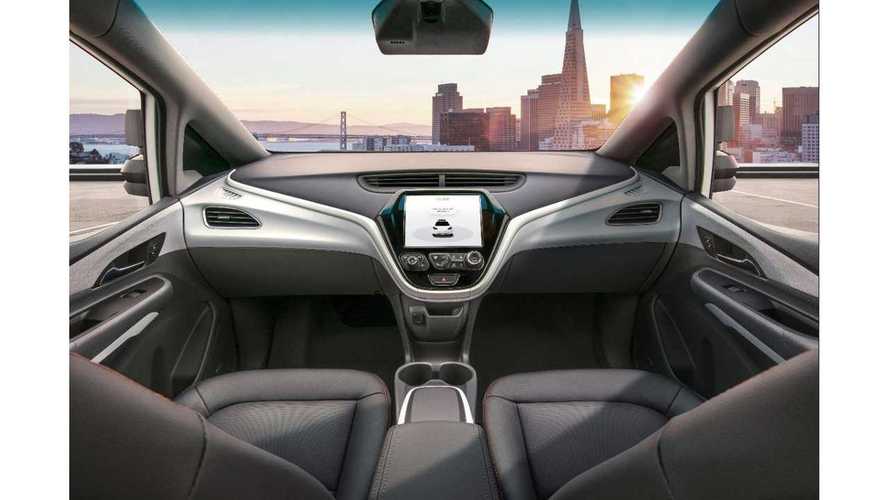 No steering wheel or pedals in the self-driving car.

Notice something unusual about the inside of this new car? That’s right: the Cruise AV lacks steering wheels, pedals, or any other manual controls for the occupants. General Motors and Cruise Automation have petitioned the U.S. Department of Transportation to launch a fleet of these fully autonomous vehicles on roads in 2019.

There are few details available so far, though, GM promises that the Cruise AV will “operate safely on its own.” As is evident from this photo and video, the car’s dashboard would have a similar center-stack and infotainment system design to current GM cars, but without a steering wheel on the driver’s side. Displays in the back of the headrests would provide information to rear-seat passengers. The Cruise AV will be based on the existing Chevy Bolt EV prototypes that GM has already been using to test self-driving technologies. The company said in a safety document that users would request a ride via a smartphone app, and that the autonomous vehicles would be sent automatically to pick them up.

According to Automotive News, the vehicle will be used for a ride-hailing service, similar to Uber or Lyft. GM’s petition to the DOT asks that the car be exempt from certain federal safety rules for cars. AN says that the Cruise AV, for instance, would not have a driver’s steering-wheel airbag, but instead would have a dashboard-mounted airbag like the one on the passenger side. GM describes the cars as the “fourth generation” of its self-driving test cars.

GM is not the only company developing self-driving vehicles, with ride-hailing companies Uber and Lyft also experimenting with the cars, as well as Google subsidiary Waymo.

Meet the Cruise AV: the First Production-Ready Car With No Steering Wheel or Pedals

General Motors filed a Safety Petition with the Department of Transportation for its fourth-generation self-driving Cruise AV, the first production-ready vehicle built from the start to operate safely on its own, with no driver, steering wheel, pedals or manual controls.

For more information on how GM engineered safety into the Cruise AV in every step of design, development, manufacturing, testing and validation, view our 2018 Self-Driving Safety Report.