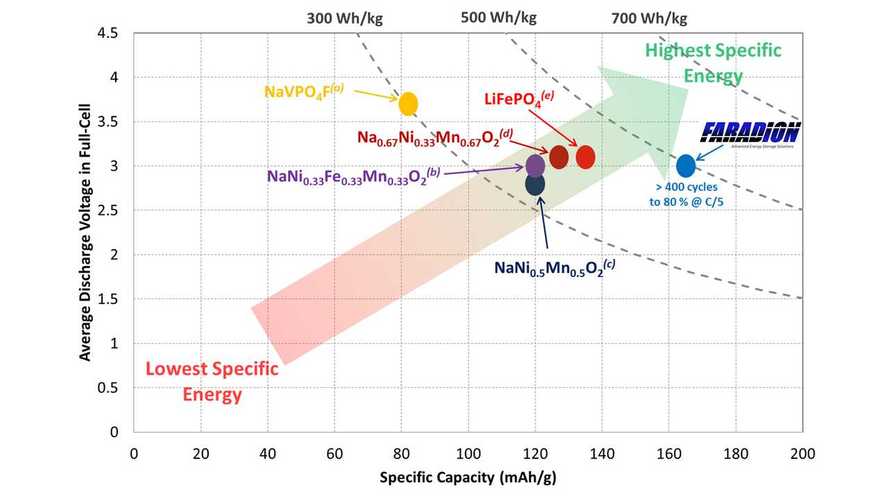 But is it really worth its salt?

When it comes to electric vehicles, lithium ion batteries are the only game in town. But that doesn't mean other sorts of chemistries aren't vying for a piece of the action. Lithium air batteries, lithium sulfur (Li-S) batteries, and the "asphalt" battery we recently reported on are examples of other approaches being taken towards providing improved energy storage. Now, meet another: the sodium ion battery.

Though pioneered by others, researchers at Stanford (including Yi Cui, a rock star in battery science circles), say their approach can offer similar energy storage of lithium batteries, but for 80% less cost. Obviously, that's significant.

When it comes to other metrics by which to measure performance, however, information is limited. While the team says they've optimized the charging cycle, they still can't give a figure on volumetric energy density, which might indicate whether or not this technology could be used in cars. If the space needed to hold energy is much larger than what is in commercial use now, then this chemistry might be relegated to a role in renewable energy storage instead of in transportation.

The cell uses a sodium-based cathode (disodium rhodizonate (Na2C6O6)). That's the electrode that stores ions before they make their way to the anode — a journey which produces current. The anode is made of phosphorous. Apparently, the team recently overcame efficiency problems in the charge/discharge cycle that make them hopeful for this chemistry. Their efforts are documented in a recent paper cheekily titled, "High-performance sodium–organic battery by realizing four-sodium storage in disodium rhodizonate," which was published by Nature (abstract here).

No mention was made of commercialization, so our hopes for a super cheap sodium ion EV battery are pretty low. If they can someday, come up with something inexpensive to hold renewably-produced energy, it may impact some of the costs associated with our EVs, at least.