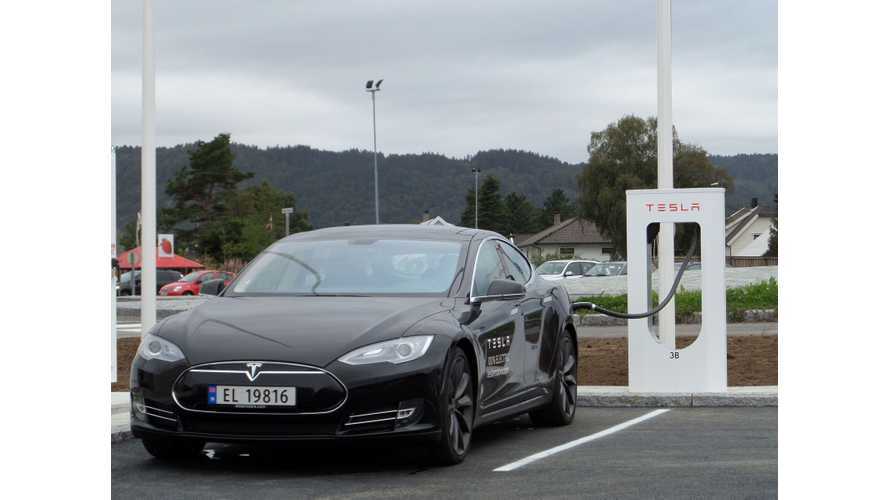 They're back! The lawyers, that is.

A little more than a year ago, Tesla settled a lawsuit filed on behalf of a group of Model S P85D owners in Norway who sought damages because the rated power advertised by Tesla seemingly overstated the output of the drivetrain. Tesla had said the cars had 691 horsepower — 467 from the rear motor and 224 from the front — however, that was the output potential of the motors. The amount of power produced from the battery pack was somewhat less. It seems like a technical point, though certainly not a good marketing strategy,  since the actual performance of the vehicles was still in line with Tesla's performance claims. Still, a court sided with the 133 complainants and Tesla eventually settled, offering $7,700 in cash or upgrades.

Done and dusted then, right? Nope. Now, an additional 80 owners have come forward seeking a similar settlement. Lawyer Christoffer Falkeid, who represents this new group, says, "It's the same kind of case that ended up in a compromise the last time," adding, "It's about the power of the car and the mistakes in marketing and in the sales process but I do not want to go into amounts."

Apparently, the group's representative is attempting to arrange a settlement of some (unstated) amount. However, if no agreement is made before then, a civil court in Oslo will hear the case in April.

Even with an agreement or court ordered settlement, the affair may not yet be finished for the electric car maker. The AFP cites the Norwegian press to say that there is yet another group of 32 owners who filed a similar suit just this past autumn. All told, the Model S P85D 245 owners involved in the original action and the other following lawsuits make up about 20 percent of the 1,201 people who bought this particular Model S.

Norway is a great market for electric vehicles in general, and Tesla has sold over 8,465 various vehicles there to date. Despite, this litigation, it is sure to continue its efforts in the Scandinavian country.