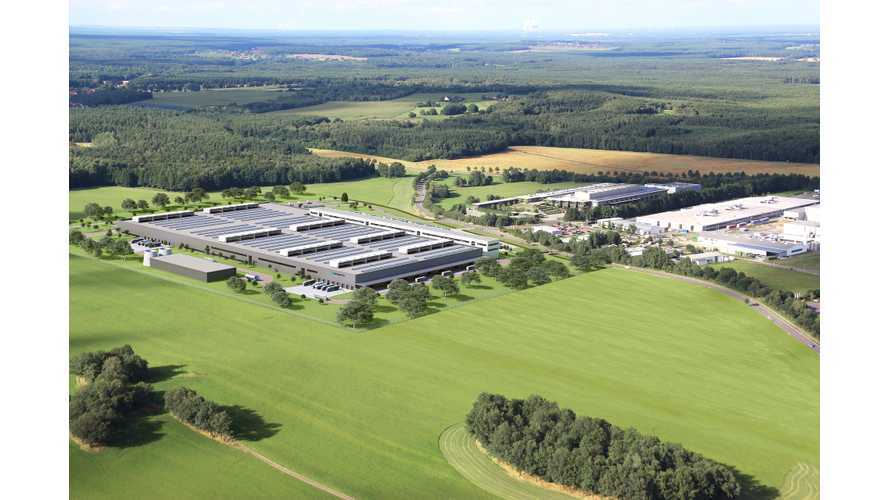 To supply batteries for its entire lineup of electric vehicles, Daimler intends to operate five battery pack assembly plants, on three continents by 2019 - three in Germany, one in U.S. and one in China.

Having several plants will enable the German group to react quickly and efficiently to local market demands, with the option to export batteries if required.

In total, the battery investment alone will require over one billion euros.

While Daimler is expanding battery pack production, the lithium-ion cells themselves are supplied by various third-party suppliers, which could still potentially cause a bottleneck if future demand is not accurately forecast.

The first and second facility (of which, is under construction now) are in Kamenz, Germany.

"Deutsche Accumotive GmbH & Co. KG., a wholly owned subsidiary of Daimler AG founded in 2009, is the nucleus for the development and production of highly complex batteries for hybrid and electric vehicles of the Mercedes-Benz and smart brands as well as for commercial vehicles. Accumotive is based in Nabern in the Stuttgart metropolitan area, where its research and development facilities are also located. Production is in Kamenz. The company employs a total workforce of more than 500 people. Accumotive cooperates closely with affiliate Mercedes-Benz Energy GmbH, responsible in Kamenz for the development and worldwide sales of Mercedes-Benz energy storage units for private and industrial applications.

Daimler is currently investing some 500 million euros in the construction of a second battery factory in Kamenz, significantly increasing the production capacities as a result. The new battery factory in Kamenz, just under 50 kilometres from Dresden, is slated to go into operation already in 2018. Covering an area of around 20 hectares, the site is right next to the existing battery factory. The new plant will quadruple the production and logistics space in Kamenz to a total of around 80,000 m2. By the end of the decade, Accumotive will have over 1,000 employees in Nabern and Kamenz, more than double the current number.

The second battery factory is designed as a CO2-neutral factory: Daimler's approach to electric mobility is an integrated one, attaching key importance to sustainability already at the production stage. The production facilities will be supplied with energy from a combined heat and power plant and a photovoltaic plant in combination with stationary battery storage units. With state-of-the-art equipment and technologies, the new battery factory will also set standards with regard to Industry 4.0."

A third plant in Germany is to be built in Stuttgart-Untertürkheim.

While, a fifth battery plant, operated with BAIC, will be in Beijing, China.

"In China, Daimler is creating an important prerequisite for the local production of EQ branded electric vehicles with the erection of an additional battery plant. The new factory is a project of Beijing Benz Automotive Co., Ltd. (BBAC), the German-Chinese joint venture between Daimler and BAIC Motor. The partners are investing nine figures (euros) in the battery production facilities."