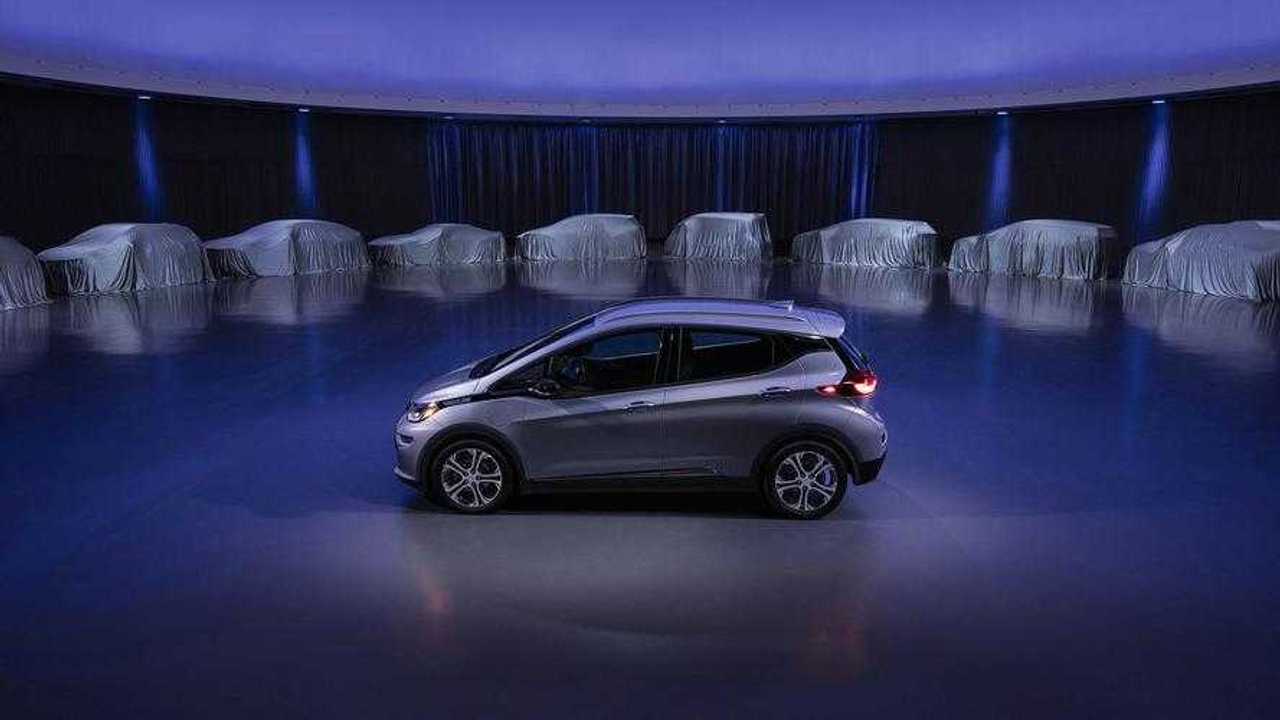 Even under a sheet, it looks quite attractive.

General Motors intends to debut 20 electric vehicles in the next five years, and the company's teaser image hints that at least one of them could be something to excite enthusiasts.

The photo shows the Chevrolet Bolt in the foreground, and there are 9 vehicles under sheets behind it. A model slightly to the left from the center is clearly a low-slung coupe with prominent fenders. The low, pointed nose has a resemblance to the Corvette, and the angular sculpting at the rear takes a cue from the Camaro. Judging by the models around it in the photo, the coupe appears to be fairly compact, too.

An affordable, electric sports car would give General Motors a unique offering in the current market. While there are supercar EVs like the Rimac Concept One or Nio EP9, there's nothing attainable to the general public at the moment.

There are no details about any of the electric models that GM has under development, but the company intends to have the first two of them available within 18 months. Rumors suggest that one could be a Bolt-based EV for Buick.

The rest of the EVs that GM has under wraps don't appear as exciting. There appears to be one sedan in the mix, but the rest are various flavors of hatchbacks and crossovers.

See if you can determine which other vehicles might be under the wraps.