It's quicker and easier than you might think to make your first-generation Tesla Model S look like it's a newer model.

In the spring of 2016, Tesla updated the front fascia (nose and headlights) of its flagship Model S to match the more modern looking Model X. At that time, the vehicle price also increased ($1,500) to account for the changes. However, those who were lucky enough to order during the interim of the transition received the facelifted Model S without having to pay the additional money. 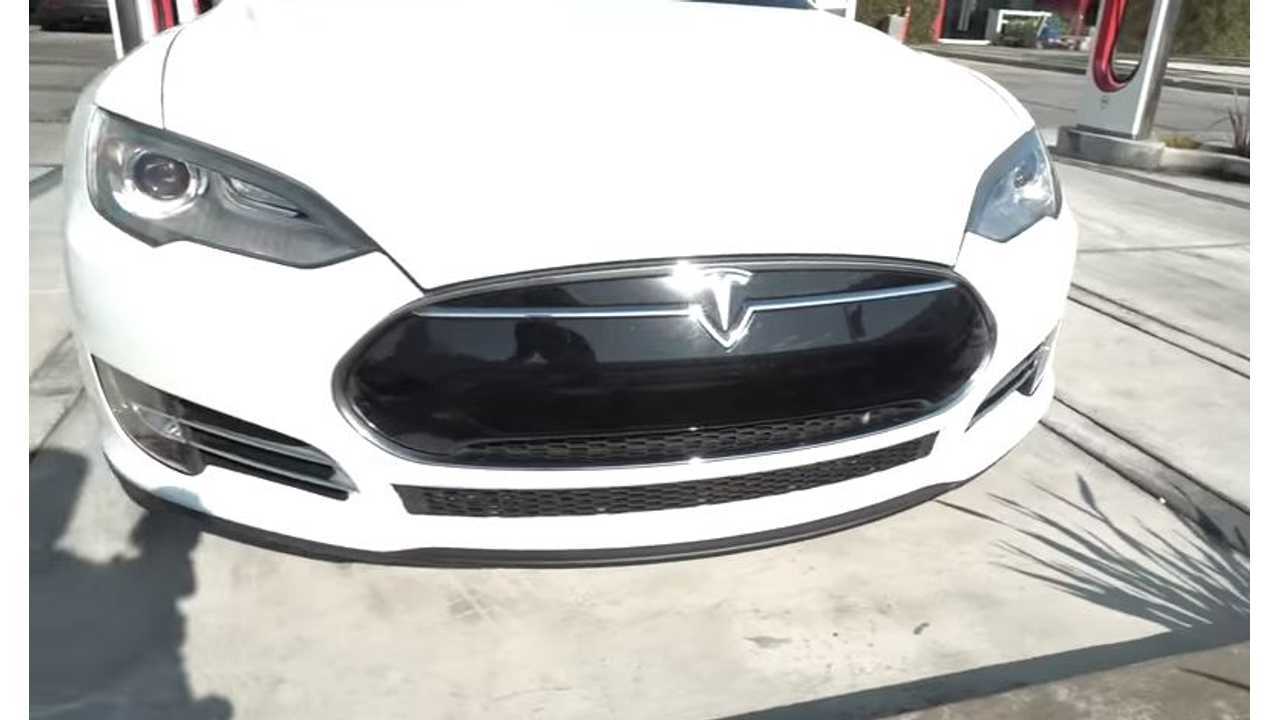 Ben's 2013 Tesla Model S prior to the installation

As most of us are aware, Tesla doesn't rely on regular model years. Updates are continuous throughout the life of the vehicle. Hardware improvements occur on new models as necessary and software updates are applied over-the-air (OTA) fleetwide. As far as interior and exterior updates, Tesla vehicles undergo traditional refreshes like that of any other automaker.

So, you've owned your Model S for quite some time and rather than getting a new one (since the OTA updates keep the car somewhat future-proof and there's a very good chance that the battery and powertrain are in tip-top condition) you just intend to keep it looking new. As we reported a few years back, Unplugged Performance manufactures an aftermarket front fascia for the Model S.

The product is available on the company's website and starts at $2,995. It will fit any Tesla Model S from 2012 through May of 2016. Once it's installed, you can't easily remove it, however, it allows access to the car's 12-volt battery.

Check out Ben Sullins experience (above) with ordering the aftermarket front fascia and getting his Model S a nose job. The results are outstanding.

Ben had his work done at Unplugged Performance, where the process takes about 90 minutes. However, you can have the work done at nearly any body shop worldwide. It doesn't even have to be a Tesla-authorized shop. Shipping of the fascia is free, however, plan on spending some $1,400 for the bodywork and paint.

The 2013 Tesla Model S I bought in 2016 came with the black nose cone. In mid-2016 Tesla updated the front fascia to something more sporty and modern looking.

At Unplugged Performance in Los Angeles, they make an aftermarket version of this which you can buy and have shipped anywhere in the world.

Once you get the new front-fascia you can have any body shop match your paint and install it.