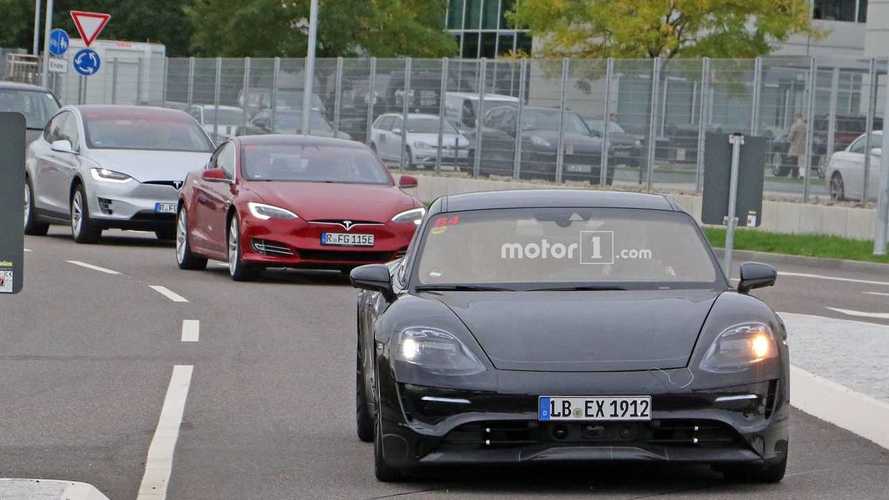 IS BIG AUTO REALLY INVESTING IN “TESLA FIGHTERS,” OR JUST IN WINDOW DRESSING?

The legacy automakers are always keen to talk about their commitment to electrification, and the media is always happy to publicize, and sometimes to wildly exaggerate, their plans. Volvo, Jaguar Land Rover, GM and Ford have all recently announced plans for new electrified models. These are important steps forward but, despite what you may read in the popular press, none of these companies have any plans to phase out gas-burning vehicles in the foreseeable future.

One way that automakers overhype their electrification plans is to announce new multi-billion-dollar investments in research and/or production facilities. If you read these announcements carefully (which few people do), you often find that: (1) the amounts are to be invested over a period of a decade or more; (2) only a fraction of the amount stated in the headline has anything to do with electric vehicles; and/or (3) the amounts that seem so large are actually small in relation to a giant automaker’s yearly budget.

And of course, the press immediately dubs any EV-related news from a luxury brand a move to “compete with Tesla.” Elon Musk poked a bit of fun at Mercedes’s recent announcement that it will invest up to $1 billion to build electric SUVs and batteries at its Alabama assembly plant “That’s not a lot of money for a giant like Daimler/Mercedes,” Musk tweeted. “Wish they’d do more. Off by a zero.”

Daimler gamely responded that the Alabama plant is only part of the story, and that it is in fact planning to invest over $10 billion in next-generation EVs. That’s certainly good news, but let’s take a closer look at those 10 big ones. The figure seems to have originated with Daimler R&D head Thomas Weber, who told the Stuttgarter Zeitung last November, “By 2025 we want to develop 10 electric cars...for this push we want to invest up to €10 billion.”

Ironically, Mercedes' only all-electric car that ever made it to production, the B250e, had a Tesla battery pack and powertrain

What about Volkswagen, which recently announced an investment of €70 billion ($84 billion) in EVs and batteries? Now that’s some serious money, right? Let’s see. According to Bloomberg, VW will spend €20 billion ($24 billion) by 2030 to develop EVs, and has “earmarked another 50 billion euros to buy the batteries needed to power the vehicles.”

So, the 50 big ones do not represent “investment” by any commonly-used definition of the word, but rather “cost of goods sold.” The 20 billion of actual investment, spread over 13 years, amounts to about 1.5 per year. Relative to VW’s size, that 20 is actually less impressive than Daimler’s 10. In 2016, the VW Group had revenue of €217 billion, and spent €14 billion on R&D.

For all their talk, the only all-electric production car VW currently has on the market in the U.S. is the e-Golf

VW also said that, by 2025, it foresees cumulative sales of 3 million electric cars and annual sales of 1 million. EV Obsession did the math on this one in a recent article. Assuming a battery size of 60 kWh, and battery costs of $100/kWh (a figure which is expected to be reached a few years from now), the $60 billion that VW says it will spend on batteries would supply roughly 830,000 cars per year - less than 10% of VW’s current annual sales of 10 million cars.

Whatever you may think about the automakers’ level of electrical investment, there’s no question that they have plenty of plans for new models. According to a recent Bloomberg article, nearly 50 new pure EVs will go on sale globally between now and 2022. A substantial number of these will be available only in China, which will have 80 EV models on the market. European buyers will have 58 electric choices, and North Americans will have 47.

However, it’s no secret that carmakers are less motivated when it comes to actually selling their electric offerings. As execs from Daimler and others have recently pointed out, EVs are still money-losers for most brands, thanks to expensive battery technology, whereas trucks and SUVs are highly profitable. So why the push to bring out new plug-in models? As Bloomberg eloquently puts it, the reasons are “part city hall, part show business.”

On one hand, government regulators, especially in China and California, require carmakers to build a certain number of EVs, and these mandates are scheduled to grow stricter. On the other hand, the men (and one woman) in the corner offices can plainly see how Tesla has captured the public imagination. They know they need to respond to the threat from the Californian upstart, but more importantly, they need the public to see them as responding to the threat, lest they be written off as hopelessly behind the times.

“Nobody doubts that the future will be electric,” said Erich Joachimsthaler, CEO of brand-strategy firm Vivaldi. “The car companies dragged their feet with electric. Now they are being dragged into it by Tesla and by regulations.”