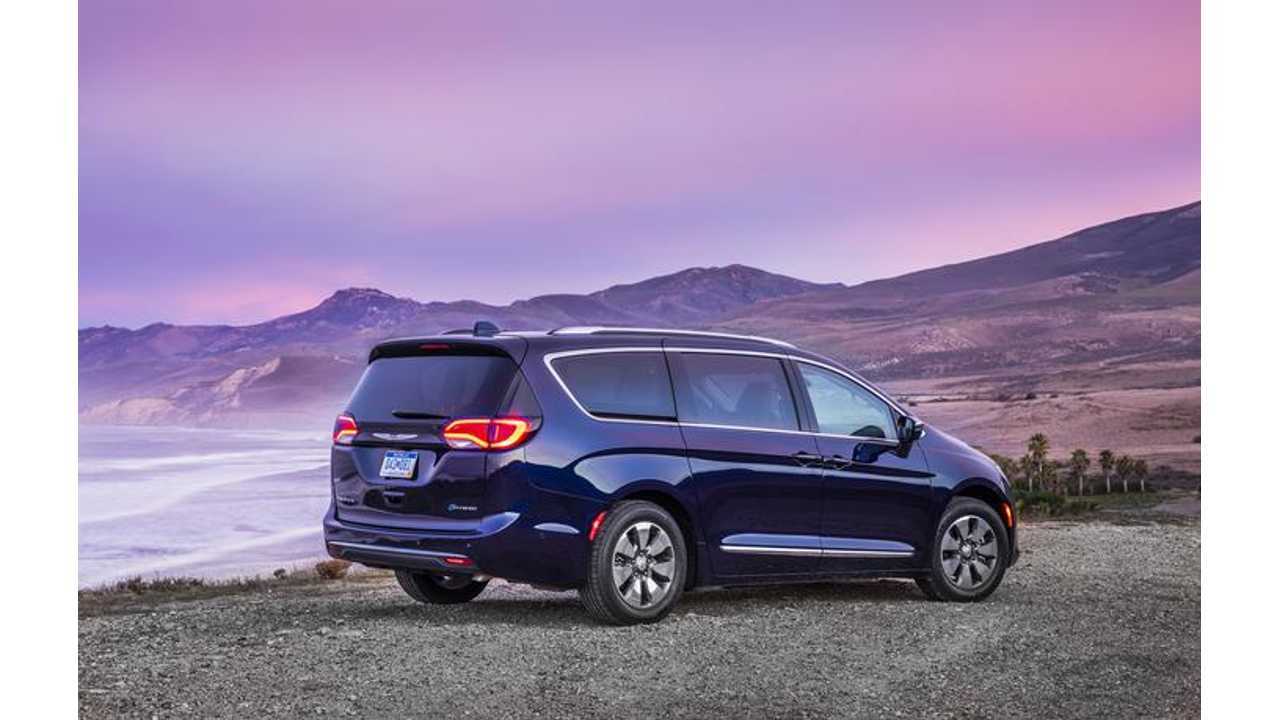 Chrysler Pacifica Hybrid - FCA is the only automaker to release a plug-in hybrid minivan. Now it's time to sell it.

It seems FCA may have to change its tune and get the ball rolling after GM and Ford make significant public announcements about the electric future.

We all know that FCA CEO, Sergio Marchionne, is not all about EVs. He's actually known for his regular complaints about the segment. However, he does seem to understand the idea that the automaker's hand are tied. Now, with two of the Detroit Three stepping up big time, Chrysler is wise to begin a more public push, or face being seen as the "odd man out".

It's becoming increasingly safe to say that electric cars are here to stay and that mass adoption is imminent. If the deal wasn't officially sealed, last week's announcements by GM and Ford may have been the final tipping point. Of course, European automakers have been making a slew of announcements for years, but we are still awaiting results.

Now that these automakers have committed to manufacturing EVs, it's even more important to assure that people will buy them. Dealers are resorting to offering daily rentals, pushing EV rebates, and delivering the cars to your home for a free overnight test drive. FCA has started a family rideshare partnership, are practically giving away the Fiat 500e, and released some Pacifica marketing that features celebrities, kids, and even flying pigs, as well as a Sesame Street series. But they still have much more work to do.

FCA has set up a table in Santa Monica, CA in the luxury Silicon Beach business district. Workers come out to walk the area at lunch and find the table with vouchers for free food. Free food is always a good way to get folks' attention. Once they approach the table, they learn that they can get a test drive of the Chrysler Pacifica Hybrid (PHEV) and/or the Fiat 500e. FCA is basically saying, "If you drive it we will feed you!" The voucher is good for a meal at food trucks hired by the automaker, which are conveniently located near the test drive sign-up table.

WardsAuto talked to a local worker, Julie Wiskirchen, who had an opportunity to drive the Pacifica (and eat the free food). She was impressed with the plug-in minivan, however, we don't know how the food was. She only opted for the test drive because a co-worker informed her of the free meal, so FCA's ploy is working. She shared:

“I know people who need a bigger vehicle and would like to try an electric. I will tell them about the Pacifica. It fills a niche.”