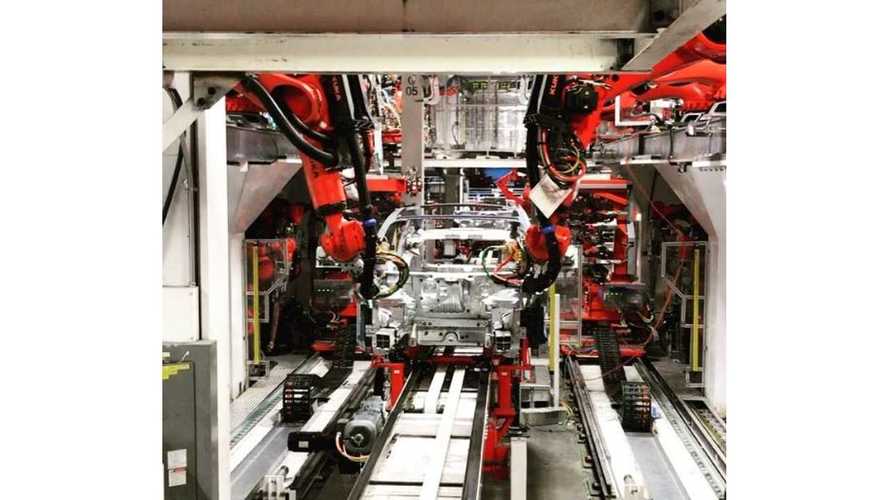 The Model 3 body line slowed down to 1/10th speed

Tesla CEO Elon Musk has now made it publicly known that Model 3 production is currently running at only 1/10th actual of full speed.

Via release of the video above, as well as a follow-up Tweet, we can now safely report with authority that Model 3 production is moving at a pace far below full speed.

When Musk first released the clip above, it was thought, by some, that the video was slowed to 1/10th actual speed so that we could more easily capture the movement of the robots and the finer details of Model 3 welding. However, a follow-up Tweet by Musk confirmed this was not the case. Here's that Tweet:

The pace seems exceptionally slow, which helps explain why Model 3 production/deliveries are at a crawl right now.

Not that this particular stage of production is running at 1/10th speed, as when you pick the pace up by speeding up the video by a factor of 10, it looks mighty fast to us. Check out this example of a 10x video below:

It seems Tesla has quite a long ways to go before the Model 3 is zipping off the line at full pace.