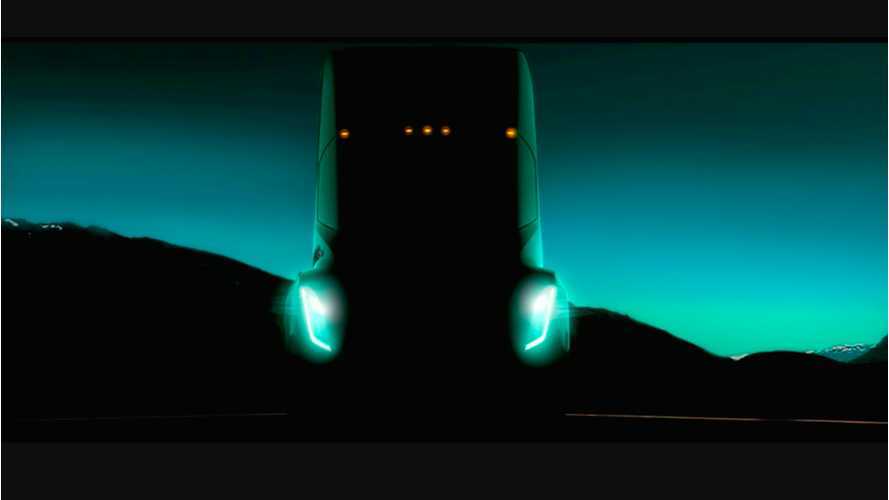 We've really only got one spec to go on, so Tesla CEO Elon Musk must be referring to that.

Tesla's soon-to-be-revealed Semi is still shrouded in secrecy. In fact, the only reported figure we've come across is a range estimate.

The upcoming Tesla semi truck is expected to have 200 to 300 miles (320 to 480 km) of range with payload, according to an exclusive report from Reuters. From the Reuters report:

“Tesla’s electric prototype will be capable of traveling the low end of what transportation veterans consider to be “long-haul” trucking, according to Scott Perry, an executive at Miami-based fleet operator Ryder System Inc (R.N). Perry said he met with Tesla officials earlier this year to discuss the technology at the automaker’s manufacturing facility in Fremont, California.”

So, after Musk took to Twitter a few days ago to state that "Semi specs are better than anything I've seen reported so far," we are now able to assume, we believe, he's referring to range. Here's the Tweet:

Less than 300 miles of range seemed like a bit of a let down to us, so hopefully the CEO's reference is in regards to range. But it takes a lot of kWh to move a big rig (or any heavy commercial vehicle) hundreds of miles. How much battery capacity is required? Well, that depends on a lot of factors, but just recently Cummins announced that its 560-kWh setup in a BEV bus would provide only 224 miles of real-world range.