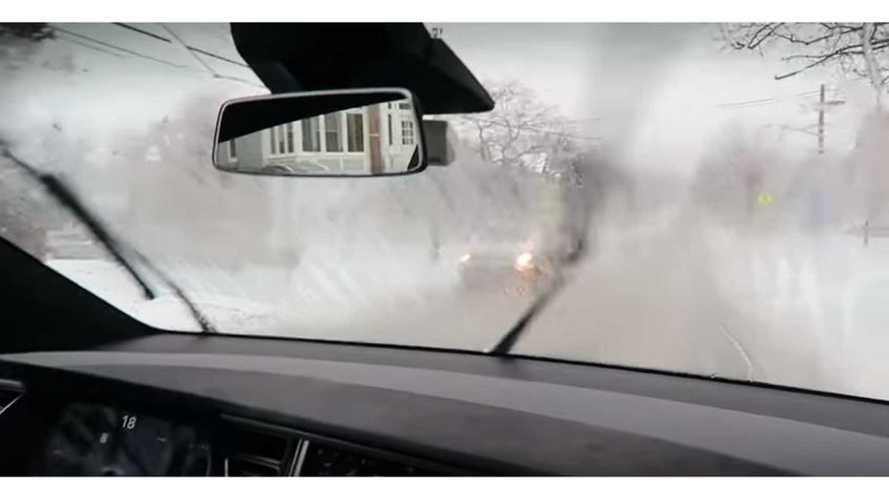 Until the next Tesla over-the-air software update, we advise you to wear a poncho prior to entering your Model S, X, or 3 in the rain.

Tesla's automatic rain-sensing wipers are "smarter" than rivals' systems, however, there's one small problem. Actually, depending on who you talk to, it could be a very big problem.

It turns out that the automatic wipers are still in beta mode. Rather than using a simple, single sensor to detect rain or moisture, Tesla has decided to use its second-generation Autopilot suite of cameras and artificial intelligence network to determine when and if the wipers should turn on. This will allow the system to be highly advanced, especially once incremental software updates improve it.

The auto wipers are already capable of detecting just about anything making contact with the windshield. As we recently shared, DÆrik made a goofy video in which he dumps all kinds of food products on the windshield to see if the sensors will wipe it off. Included below is another of Erik's videos (via Teslarati) that uses a hose and some tape in an attempt to figure out exactly which Autopilot cameras are involved in the auto wiper system.

So, what's this big problem?

Apparently, if the cameras are detecting moisture while the car is idle or parked, as soon as you approach it and open the door, the auto wipers spring to life splashing you with water and dumping it into the vehicle.

Let's paint a picture here. If it's the middle of summer, on a warm weekend, and you have nowhere important to go, this may create a bit of a laugh. However, can you imagine being dressed for work in your nice clothes, perhaps carrying a computer or briefcase ... freezing temps ... unacceptable to say the least.

Multiple Tesla owners have reported incidents related to this auto wiper quirk, while others explained that their auto wipers didn't turn on until they pressed the brake and started the car.

Of course, Tesla CEO Elon Musk announced on Twitter -- in response to a related complaint -- that the next software update will fix this issue:

Fixed in next release

Below is another video showing the wipers in light snow. As you can see, there's still some tweaking to do since the wipers aren't automatically clearing the dirty, snowy windshield: