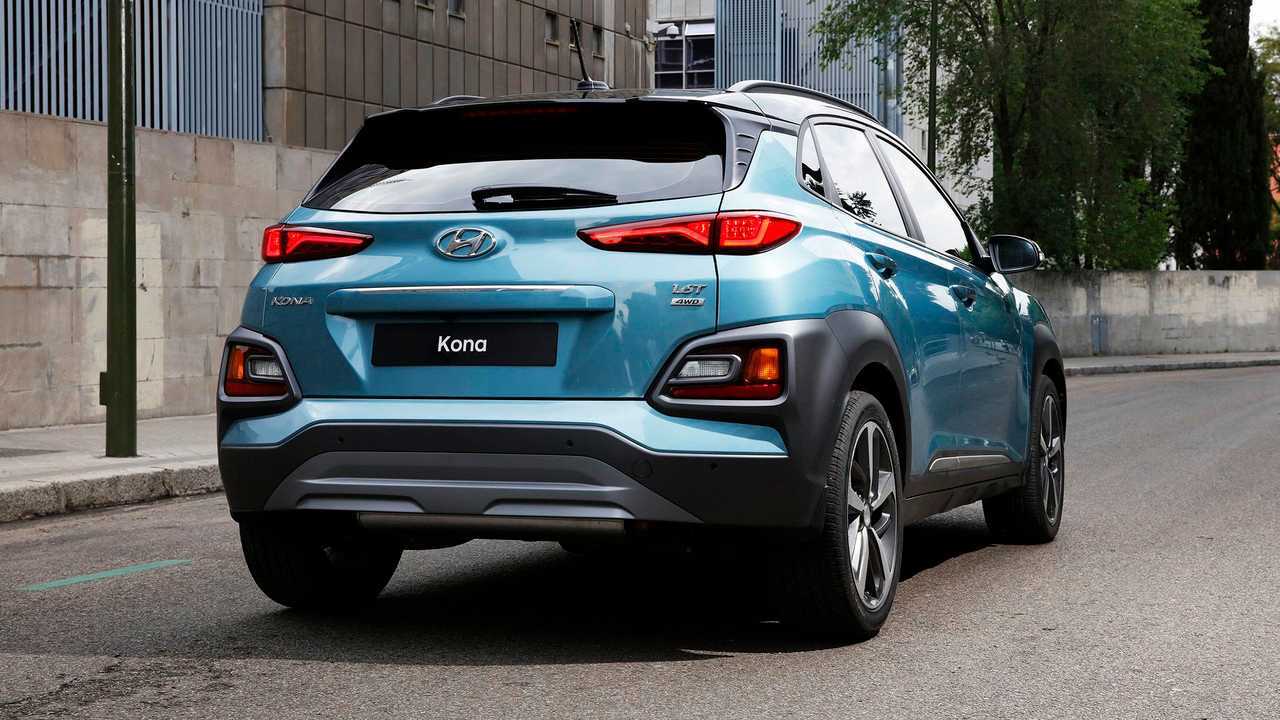 Korean automakers, Kia and Hyundai, have significantly upped their game over the past few years. Both also seem to have a solid idea of what consumers want. SUVs, Crossovers, spacious compact cars, healthy standard and available feature lists, tons of tech including active safety suites, industry-leading warranties, and all at a reasonable price point.

Hyundai already makes the Santa Fe, Sante Fe Sport, and the Tucson, but hasn't yet released a subcompact crossover.

The Hyundai Kona will follow in the footsteps of the Kia Niro, which is trailblazing the segment to electrification for the company. The Niro is offered both as a traditional hybrid, but also now a plug-in hybrid (making its US debut this month after being released in Europe).  Additionally, a pure-electric Kia Niro is set to hit markets in 2018.

The Hyundai Kona EV (patterned after the Niro) will then also be Hyundai's first fully electric utility model.

Initial reports revealed that the Kona would have a 40 kWh or 50 kWh battery. Now, information also points to a second battery option.

The long-range Kona will come with a 64 kWh battery and a range exceeding that of the base 2018 Nissan LEAF at 150 miles (but similar to the longer range 2019 LEAF with a 60 kWh battery and ~225 miles of range arriving later next year).  In other words, much more like that of the entry level Tesla Model 3, and not too far behind the Chevrolet Bolt EV, with the Kona EV estimated at about 210 miles per charge. The Kona with the larger battery, should still price out at, or just under $40,000 when it hits the U.S. market next year (as a 2019 model year vehicle).

Interestingly, Hyundai is using LG Chem as one of its powertrain suppliers. According to Gas2, the Kona is speculated to feature the same motor used in the Bolt (~204 hp).  Also of note, the Bolt uses a 60 kWh LG Chem battery pack, but it appears that the Kona's pack will be a touch bigger (or perhaps GM is just promoting the usable capacity over the net capacity). We shall ultimately see when the pure-electric subcompact SUV's specs are released closer to its launch.

Information from Gas2 points to the Kona having a full suite of active safety technology and upgraded charging, which could work with 150 kW chargers.