Fisker EMotion Gets Full Unveil At CES - 0-60 MPH In Under 3 Seconds, Range Over 400 Miles 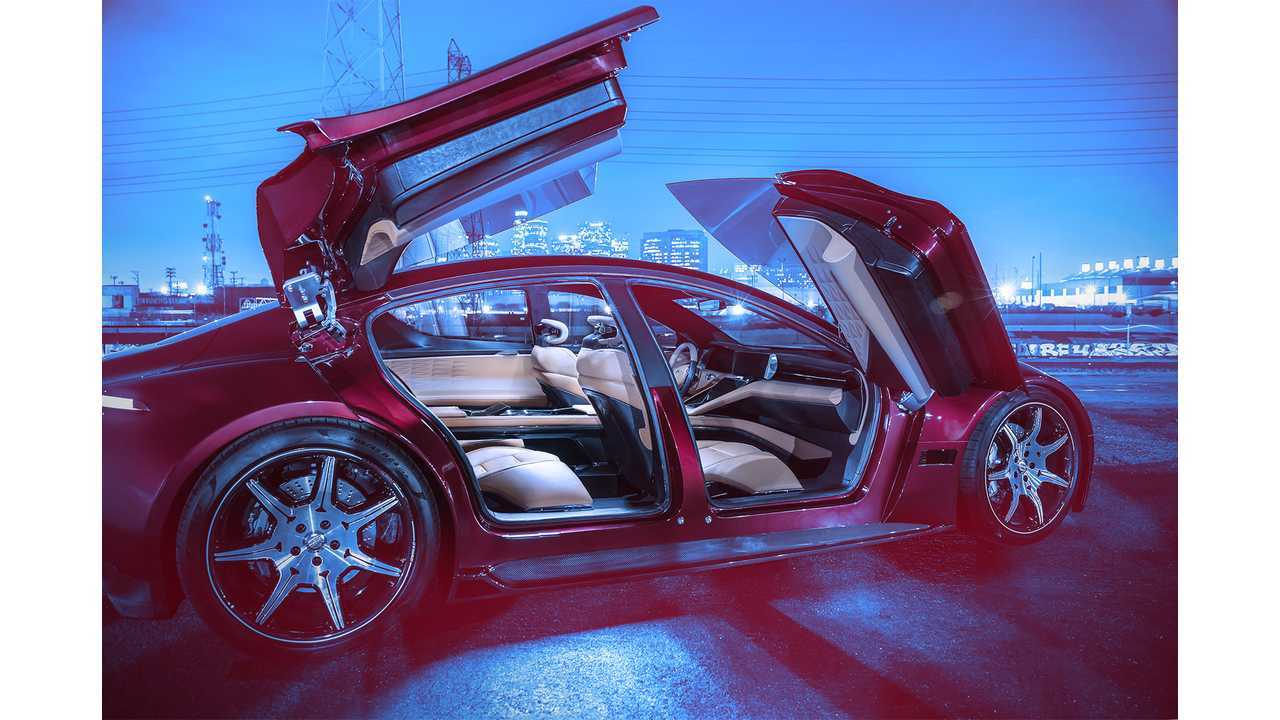 Not only are its butterfly doors opened up — all four — but so is the reservation list.

Today at the International Consumer Electronics Show (CES) in Las Vegas, Nevada, the big moment for the re-born Fisker Inc finally arrived, with the officially official launch of its new EMotion sedan.

To refresh your memory, the EMotion is a luxury all-electric four-seater lovingly sculpted from carbon fiber and aluminum that promises a 400-mile range from its 145-kWh LG-supplied battery, and starts out at $129,000. It is also said to offer level 4 autonomy when it arrives, hopefully by the end of 2019, and has five LIDAR sensors (one behind glass on its nose, the others near each of its wheels) to help make that (mostly) self-driving dream a reality. High-speed charging help comes courtesy of Ricardo and will see the car gain 127 miles of range in about nine minutes, provided you will be able to find a station prepared to deliver that sort of output.

Just as nothing design-wise was left to our imaginations pre-launch, with images of the car being steadily released over the past year or so, so too have its specifications been mostly previously made known. In fact, the only new info we can add is that its electric motors will put out around 575 kW (771 horsepower), zipping up to 60 miles per hour from a standstill in less than three seconds, and boast a top speed of 161 MPH. Oh yes, and it rolls, quite seductively, on 24-inch wheels shod in the finest Italian Pirelli rubber.

According to USA Today, Fisker plans to build the car in the U.S. and will be announcing assorted production partners over the course of this year. Certainly, the designer and entrepreneur faces a challenge he's only too well acquainted with: convincing investors to underwrite his ambitious dream. Besides this Fisker flagship, the company plans to build a $34,000 "affordable" EV, hopefully in numbers as large as 300,000 per year. Volume for the EMotion is much more modest, with fewer than 5,000 per year needed to turn a profit. It is also working with Hakim Unique Group of China to produce the Fisker Orbit autonomous shuttle.

The Fisker EMotion back seat may have an optional curved screen.

Though far less attractive, but every bit as appealing, Fisker also brought a sample of its flexible solid state battery along. It, according to Green Car Congress, is about half the size of a cell phone battery, but only two millimeters thick. It supposedly offers higher energy density to today's lithium batteries, though we have yet to see substantive proof of that.

When (and if, we should add) it does launch, the Fisker EMotion will be up against product from Porsche, Maserati, Aston Martin and, of course, Tesla, among others. Whether it succeeds may well depend on how well the lessons taught by Fisker's first foray into automobile manufacturing were heeded. Certainly, the roadways of the world will be visually improved by its presence, even without those butterfly doors that strike us as a head wound waiting to happen. To secure your place in line, head over to the outfit's website and be prepared to fork over $2,000 for the privilege.