Some systems distracted drivers for over 40 seconds.

AAA put 130 people behind the wheel of 30 new vehicles to test automaker’s infotainment systems, and the results pointed to the need for major changes in the levels of driver distraction. The agency rated 12 of the models as having a “Very High” demand on a person’s attention, and none of the tech received a “Low” grade of distraction.

AAA worked with researchers from the University of Utah to conduct the study. They used cameras and mental exercises to measure a person’s level of distraction both in terms of not watching the road and paying a lack of attention to it. The testing included having drivers use voice commands and do specific tasks through the infotainment system, like tuning the radio or making a call.

The study defined a Low level of distraction as the amount from listening to music. Very High was equal to balancing a checkbook.

According to the research, the most distracting infotainment systems can take a driver’s attention away from the road for more than 40 seconds during tasks like programming the a navigation destination. In addition, as people become more frustrated with the tech’s operation, their level of distraction increases. 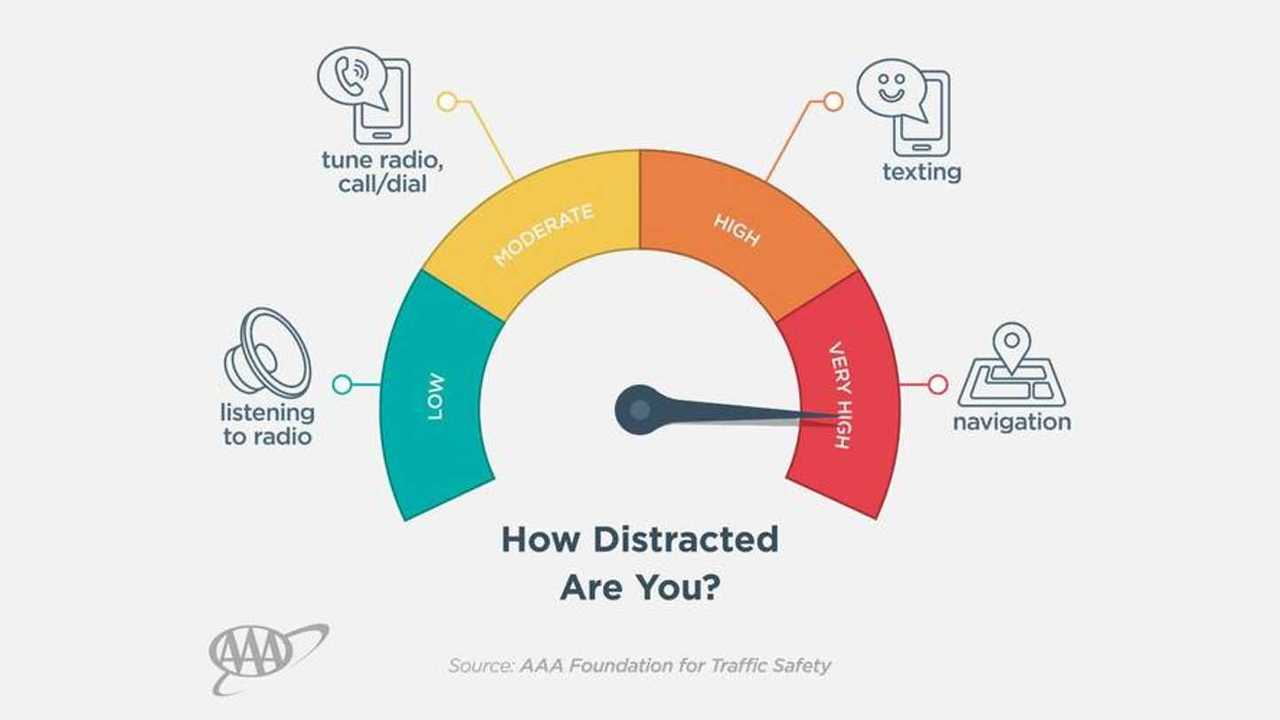 “Drivers want technology that is safe and easy to use, but many of the features added to infotainment systems today have resulted in overly complex and sometimes frustrating user experiences for drivers,” said Marshall Doney, AAA’s president and CEO.

AAA is presenting these results to automakers and suppliers in an effort to improve things. Until the tech is better, the organization advocates that people avoid using infotainment functions like sending text messages or checking social media while driving on the road.

The rating for each of the evaluated models is below: