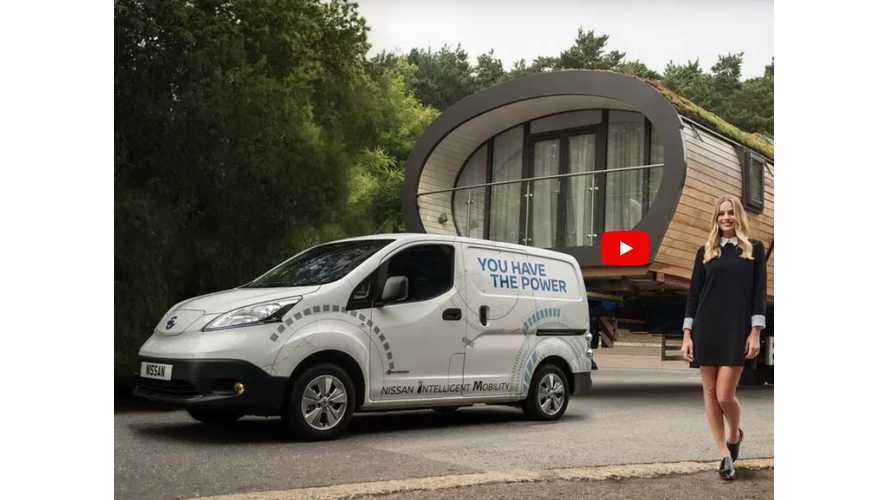 It appears there is a record nowadays for just about everything you could ever imagine.

A quick look on the Guinness World Records’ page on Facebook shows someone has managed to set a record for the heaviest carrot, weighing in at a whopping 22.44 pounds (10.17 kilograms). Nissan will soon add its name to the growing list of record setters thanks to the e-NV200 van, which has claimed the world record for the heaviest tow by an electric vehicle. Or so they say.

It did that in an unconventional way by towing the high-tech house of the stunning Australian actress Margot Elise Robbie. That being said, checking out the specs sheet of the latest e-NV200 shows the electric van has a maximum trailer capacity of just 430 kilograms (948 pounds), which is not what you would call impressive. Not only that, but the house definitely weighs more than that and there’s also the trailer upon which it sits to consider.

For now, Nissan says it’s a non-homologated record, so I guess we will have to wait until it will get the stamp of approval from Guinness, unless this was, of course, merely a publicity stunt. Needless to say, that part of the video during which Margot Robbie drives here shiny new Nissan Leaf off the trailer while it was in motion is as real as the Easter Bunny.

Record aside, the updated e-NV200 now benefits from the new 2018 LEAF's 40-kWh battery pack that has increased range between charges by 60 percent to 174 miles (280 kilometers) or 62 miles (100 km) more than its predecessor, as per the (way too optimistic) New European Driving Cycle.  Think  120 miles/193 km in real world (EPA equivalent) range...when not towing houses.

It will be available in Europe before the end of the year, and is by an electric motor rated at 109 hp (80 kW) and an instant torque of 187 pound-feet (254 Newton-meters) - so just like before on that account.