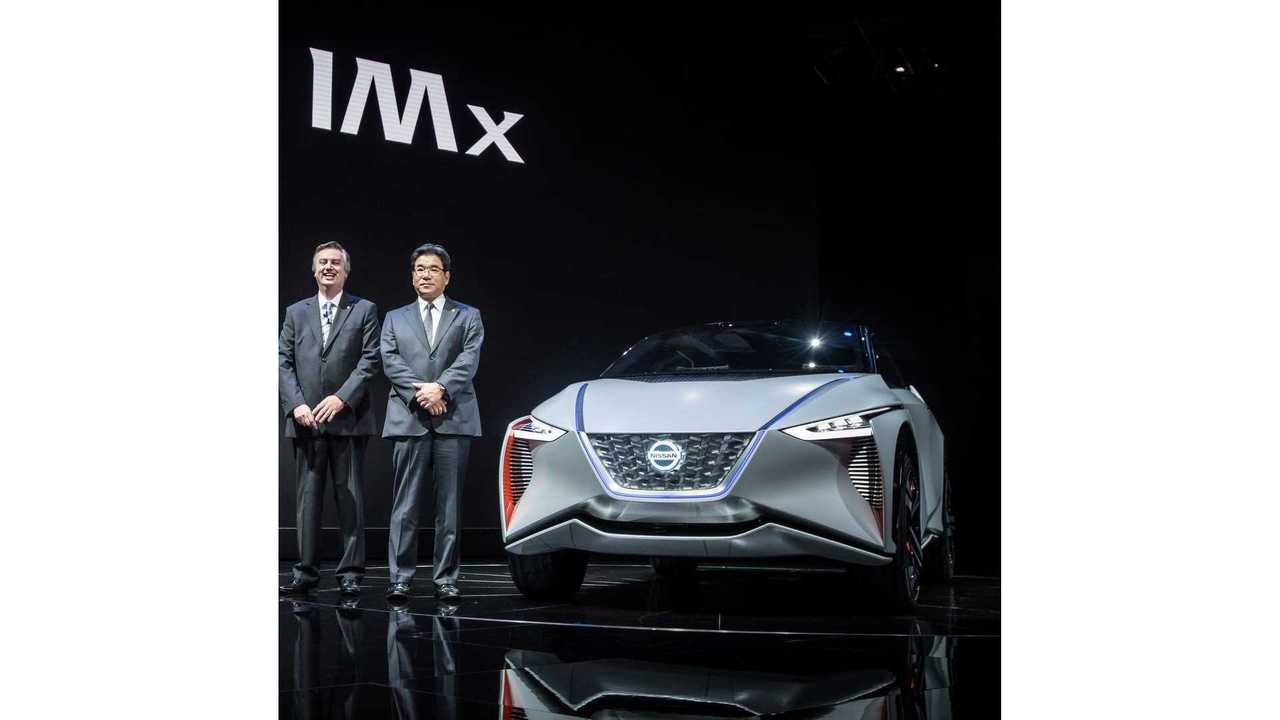 Electric crossover is said to use "bespoke" architecture.

The Nissan IMx Concept from last year’s Tokyo Motor Show previews a new electric crossover that’s expected to come to market in the coming years. But while earlier reports said the production IMx will be based on the LEAF EV, as it turns out, that might not be the case.

Speaking at this week’s Consumer Electronics Show in Las Vegas, Daniele Schillaci, Nissan’s executive vice president for global marketing and sales, says the new electric crossover will ride on a “bespoke platform.” The IMx Concept will be on display this week at CES, and indeed, it previews a production model.

That said, “bespoke” doesn’t necessarily mean all-new. It could be a stretched or heavily altered version of the LEAF's platform. When asked if these new underpinnings will come from the scalable EV architecture detailed in Renault-Nissan’s “Alliance 2022” plan, Schillaci simply reiterated that it will be “bespoke,” and declined to give any technical data regarding the modular platform. In fact, when asked to clarify that the production IMx's architecture won't just be the same as what's under the LEAF, Schillaci again just said that it will be – you guessed it – "bespoke."

When it debuted in Tokyo, the IMx was said to use two electric motors for a combined output of 430 horsepower and 516 pound-feet of torque. The high-capacity battery pack is said to allow for a maximum range of more than 373 miles which, is impressive, though, obviously, best taken with a grain of salt. Nissan also told us the IMx could connect to a city’s local power grid and act as a “virtual” power plant, returning unused electricity to its source. That’s rad.

So while a production version of the IMx is imminent, it might not be the LEAF-based vehicle we initially expected – at least, not exactly. In any case, we’ll know more in a few years, as the new crossover is slated to launch before the end of the decade.