Report: Tesla's Design Is Light Years Ahead of BMW, GM, And Nissan Because Of "Ground-Up" Design 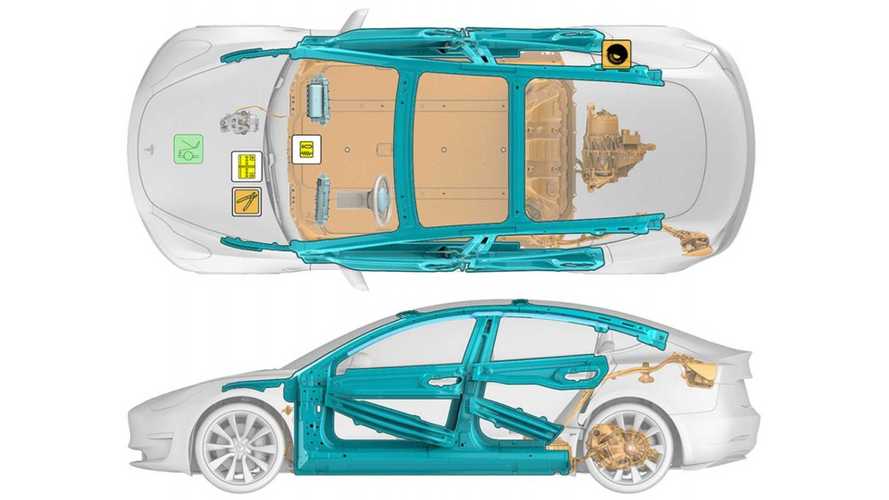 TESLA DESIGNS THEIR ELECTRIC VEHICLES FROM THE GROUND UP; BMW - NOT SO MUCH

One distinct competitive advantage often considered for Tesla is the company's complete commitment to an electric vehicle future. Their cars don't sacrifice anything in the design process — they're built from the ground up to take advantage of a wholly unique electric vehicle architecture.

And, according to Reuters, "Electric motors are smaller than petrol or diesel engines, so electric vehicles designed from scratch can benefit from better interior packaging which allows a bigger passenger space."

It's reported that, "There are two ways to make battery-driven vehicles: use a clean-sheet design like Tesla, or a traditional vehicle platform that can use all types of motor: combustion, electric or a hybrid of the two."

In contrast to Tesla, BMW's vision for the future appears to be one that allows for an amalgam of vehicle technologies consolidated into one design as opposed to committing, completely, to an electric vehicle architecture.

Above: A look back at why Tesla originally decided on a clean-sheet design approach in order to engineer an electric vehicle "from the ground up" (Youtube: Tesla)

BMW is, "betting they can mass produce new electric cars based on conventional vehicles." Looking at their plans, "BMW is preparing to launch an all-electric version of its popular X3 offroader by 2020, and... a new electric BMW, the i Vision Concept, will use the same underpinnings as future versions of the BMW 3-Series. Electric and petrol versions will be built on the same production lines."

According to BMW's research and development chief Klaus Froehlich, "It is easy to build an electric car. It is difficult to earn money with it."

Therefore, BMW looks to be hedging its bets by relying on the same production lines that pump out gas cars. And, they're looking to pre-existing gas car architectures re-purposed (and reborn) as electric cars.

On the one hand, "Froehlich said vehicle designs dedicated to only one powertrain were no longer required."

However, Carsten Breitfeld, a former electric vehicle engineer at BMW, disagrees. Breitfeld, who headed BMW's i8 sportscar program, explains, "Trying to adapt a volume architecture to produce electric, diesel and plug-in hybrids is fundamentally flawed, because these products will be compromised." Breitfeld points to Tesla's clean-sheet design as the right approach: "Tesla was pathbreaking with its electric car, and that’s what everybody is seeking to develop now."

This difference of opinion became a divisive issue, internally, at BMW. And, "Breitfeld is so convinced of this that he left his job at BMW in 2015, where he was part of a small team working on clean-sheet electric cars." The team's only clean-sheet EV design that made it to production was its i3. However, it turns out that BMW's internal "i Division" team appears to now be moving its focus away from electric cars.

Does compromising EVs with gas car design characteristics epitomize a company clinging to the past? "Breitfeld sees the German carmakers’ answer to the expected surge in electric car demand - putting an electric motor in a conventional car - as a mistake. He believes it leaves the industry vulnerable to a ‘Nokia moment’: when a new player uses a transformational design to seize control of an established market, as Apple’s iPhone stole a march on Finnish mobile phone giant Nokia a decade ago."