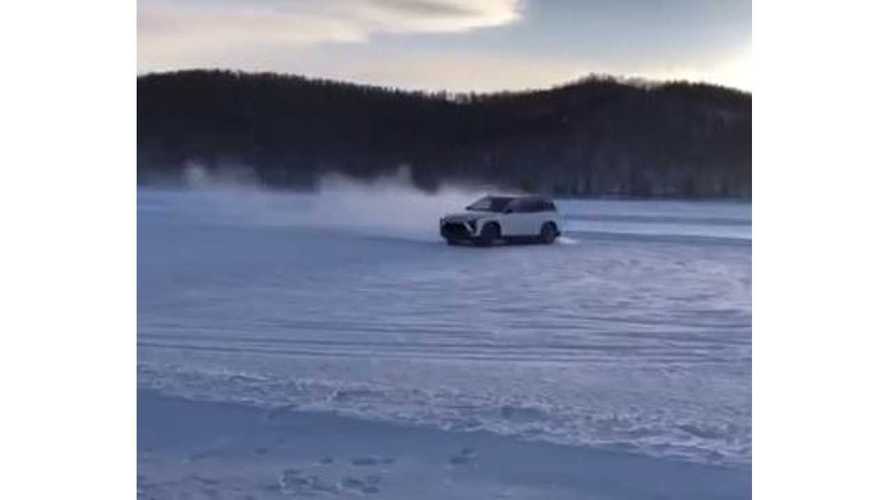 Time to make the donuts!

Before a vehicle comes onto the market, prototypes are put through a variety of tests which expose it the sorts of conditions that production versions may encounter in the real world. Sometimes this involves trundling through super hot, arid conditions, such as those found in Death Valley, California, and sometimes it involves places that are cold enough to freeze over large lakes. For this latter type of testing, the Chinese brand Nio has chosen Yakeshi, in the Peoples Republic of China's Inner Mongolia, to do the tedious, mundane work that is cold weather testing.

As you can see in the video above, the vehicle engineers testing out this startup's flagship SUV, the ES8, take no joy in their work. Warmed (probably) by little more than tea and the vehicle's environmental controls, they diligently check out operating parameters essential to the safety and well being of future customers.

Of course, since some of those aforementioned future customers will have teenagers (or themselves be young at heart), it only make sense that the pragmatic souls preparing this all-electric SUV for the market whip up a batch of that beloved automotive confectionery known as donuts.  Mmm...donuts...mmm.

All joking aside, although initially bound for the busy roadways of China, the 7-seat Nio ES8 could make quite an impression on U.S. consumers when it arrives here in 2020 as one of the first of many eventual imports from that rapidly ascending nation.

Equipped with a cute on-dash artificial intelligence (AI) avatar answering to the name of NOMI, the SUV will boast a 70 kWh battery good for a 220 miles on the (very optimistic) NEDC cycle.  It will also offer excellent acceleration, rolling to 60 miles per hour from a stop in 4.4 seconds. If the price is right, it could do donuts around the sales of competitors with similar wares.