Chery To Launch In Europe With Electric Lineup 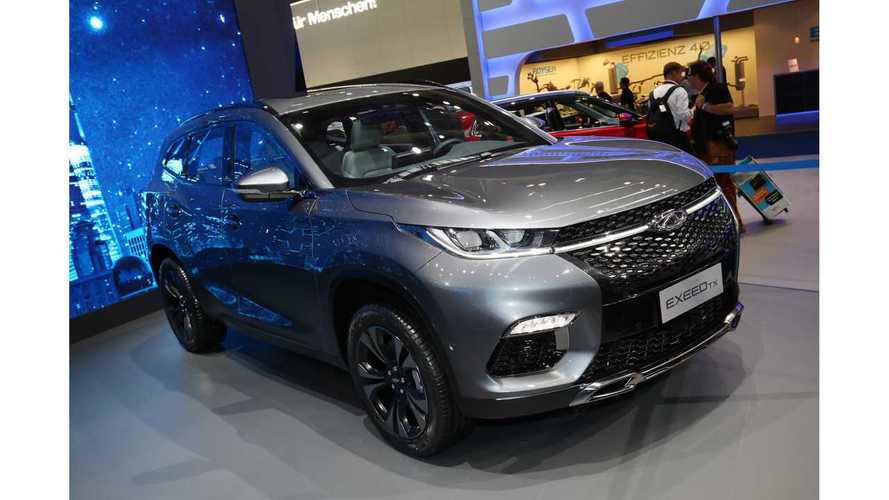 Chinese manufacturer Chery says it intends to introduce both all-electric and plug-in hybrid cars into Europe from 2019.

At the recent Frankfurt Motor Show, the company unveiled the Exeed TX model, which will be offered in plug-in hybrid version, complete with a 12 kWh battery.

The car was designed by Canadian James Hope, a former Ford designer.

On the stage we also saw a pure electric Tiggo Coupe Concept (video above), which seemed like a pretty nifty offerings.

According to the Chery CEO Anning Chen, the company's entire European lineup will be electrified (from hybrid, through plug-in hybrids to all-electric).