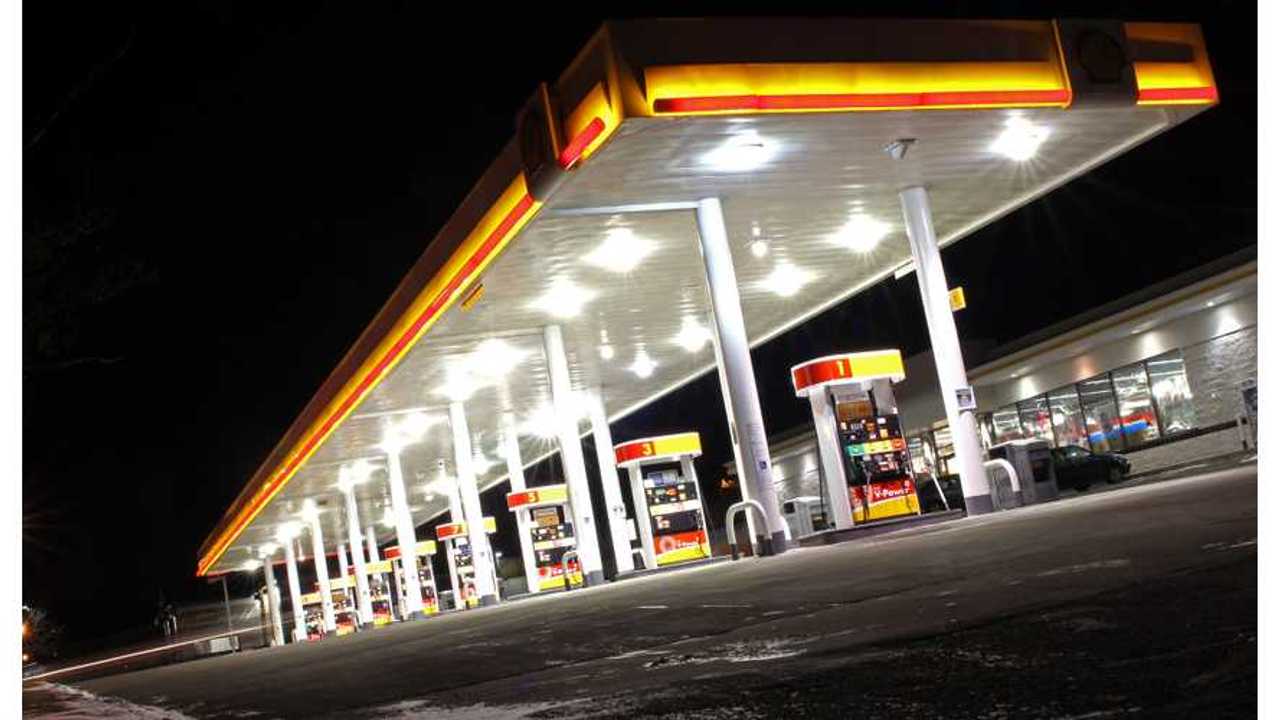 Is Tesla influencing the gas station or is the gas station influencing Tesla? It turns out that the saw cuts both ways. The automaker is considering extra Supercharger add-on services often offered at gas stations. On the other hand, an all-electric future is fast approaching, and even giants like Shell Oil are, shockingly, adding EV chargers. It's surprising to see each "refueling" locale providing inspiration to the other. So let's take a look at what's brewing here.

A sign that the EV revolution has arrived — gas stations are being transformed to include EV charging. As reported by Electrek, "Shell announced that they would start deploying electric car charging stations in Britain and the Netherlands... well aware of the world’s car fleet's fast transition to electric vehicles and they are looking to adapt ... they will lose a significant revenue...  Shell now hopes they will stop to get a recharge instead."

"At its Supercharger stations, Tesla may want to sell you beef jerky, too." Well, not exactly. But, it turns out that CTO JB Straubel did actually appear at a food-service industry conference (FSTEC) and said, "People are coming and spending 20 to 30 minutes at these stops. They want to eat, they want to have a cup of coffee, they want to use the bathroom... we already have been working with restaurants. That can only start scaling up."

Future Supercharger stations includes its own branded, adjacent gas station-like facility to hang out while you wait for a charge

Apparently, a Tesla Supercharger transformation has been teased for some time. Matthew DeBord at Business Insider reports on this next-gen Supercharger station noting that,

"Elon Musk has speculatively described them as 'like really big supercharging locations with a bunch of amenities,' complete with 'great restrooms, great food, amenities' and an awesome place to 'hang out for half an hour and then be on your way.'"

DeBord, tongue-in-cheek, asks, "Should Tesla partner with Amazon or Starbucks to develop these locations, offering great shopping, food, and above all else ... coffee? There's no way that Tesla can blow the chance to create its own coffee. They could call it 'Elon's Blend' — bold, complex flavors, with a hint of, um, musk."

Little does he know, Tesla already has their own branded coffee readily available at their Fremont factory, check it out...

After all, DeBord notes: "In the car world, Tesla ranks with Ferrari in terms of its aspirational aspects, and outside the car world, one thinks immediately of Apple. In the retail realm, Starbucks pops to mind, and that in itself is reason enough for Tesla to avoid putting the Green Siren next to its logo" at Supercharger locations. In the end, "Tesla is already a luxury , and with an added high-tech, save-the-planet edge to everything. It's begun the remaking of transportation. It could now be time to remake coffee, too."