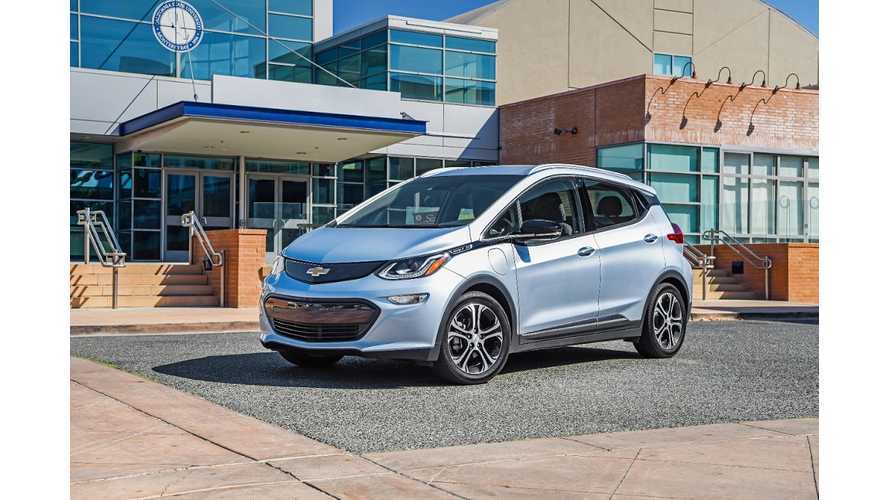 Reportedly, Chevrolet has no interest in marketing the Bolt to take advantage of Tesla Model 3 production shortfalls.

Despite market research showing "a pretty healthy number" of people cross-shopping the Tesla Model 3 and Chevrolet Bolt, Chevrolet has no intention of trying to lure reservation holders away from Tesla during its production bottleneck. Chevy's marketing director for cars and crossovers told Automotive News:

This was the response brought forth when Majoros was questioned about taking advantage of the void created by Model 3 reservation holders having to wait as long as three years for their cars (this situation especially applies to people who plan to wait for the $35,000 base model, which won't even be produced for quite some time).

Though the Bolt and the Model 3 are very different cars in many ways, they share some key qualities that appeal to many EV shoppers. Both provide notable performance, have a "long" all-electric range, and come at a reasonable price.

Let's qualify those statements just a bit. Pricing is about the same, although the current version of the Tesla Model 3 is more expensive ($44,000) and, as stated above, the base Model 3 is not available. While the Bolt has been lauded for its driving dynamics and acceleration, most reviewers find the Model 3 superior in that department.

Regardless of these cars' similarities and differences, it has already been proven that many Model 3 reservation holders seem willing to wait. Mike Ramsey, an analyst at Gartner Research told Automotive News:

"This model is very simple. It will stick around for quite a while with the way it looks. It has an exterior design that ages well."

Tesla is well aware of the situation, though still attempts to steer customers toward the Model S. The automaker said in a public statement:

"We're very appreciative of our Model 3 customers, who continue to stick by us while patiently waiting for their cars."

Perhaps the 2018 Nissan LEAF will have to capitalize

However, there are certainly people canceling their reservation, or even looking for a car in the interim. Potentially, a Model 3 reservation holder could get into a Chevrolet Bolt now, keep it for two years (or even three), and then move into their Tesla. The federal EV tax credit will run out soon enough for both automakers, so moving forward now may be in the buyer's best interest.

Chevrolet sold 23,297 Bolts in 2017 and ended the year with a record month, delivering more than 3,227 vehicles. This is surely not amazing by traditional standards, but it's clear that people like the car. In fact, in terms of U.S. monthly sales, it outsold the Tesla Model S five times last year. The Bolt was also the second-best selling EV of the year as a whole, only exceeded by the Model S.

We have no indication yet how the Tesla Model 3 will fare against the Bolt for monthly sales since Tesla only delivered 1,060 Model 3s in its record month of December. It may still be a while before Tesla is able to produce enough of these cars to have a level playing field. Barclays analyst Brian Johnson believes that 2018 may be much the same as 2017 with regards to Model 3 production. He told investors:

"While one would assume the ramp to steadily increase, in reality the ramp is likely to be lumpy, with weeks of downtime/low production as Tesla addresses bottlenecks — only raising production once bottlenecks are solved."

This may be a bit far-fetched since Tesla has proven it can make thousands of Model 3s in a month's time. However, we still have no way of knowing if the bottlenecks are solved and what issues may arise as the other configurations go into production.

According to a recent report by IHS Markit, it's actually easier to get BEV buyers to switch brands than it is to do the same with traditional cars. Brand loyalty doesn't seem to matter as much, and buyers are more willing to shop other models aside from their top choice, as long as it's another BEV.

So, why won't Chevrolet capitalize?

While Majoros explained that the Bolt is "naturally attracting some Tesla buyers," he wouldn't give any further details. Senior IHS analyst, Stephanie Brinley, concluded:

"GM is rolling it out the way that they want to. GM's strategy for Bolt is much broader than immediate sales in the coming months."