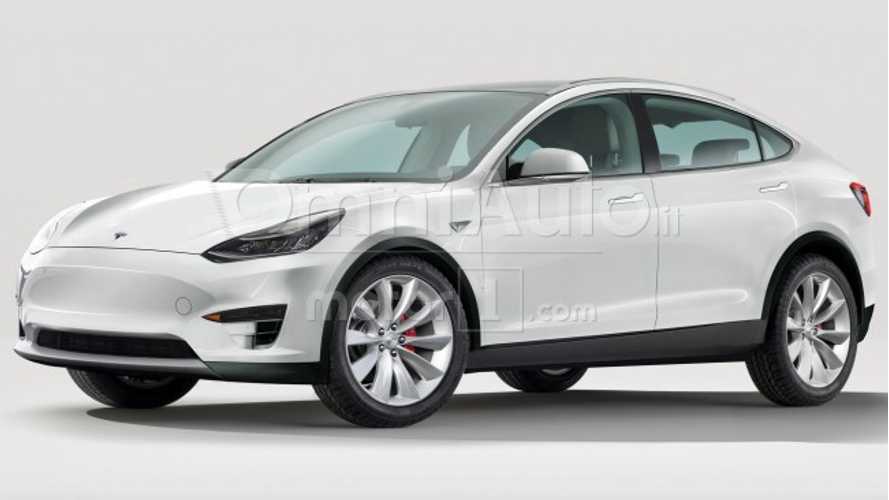 Earlier this year, Tesla released the first teaser image of a future compact electric crossover it will offer to customers before the end of the decade. Company boss Elon Musk confirmed the vehicle will be developed on a dedicated new platform and will be officially called the Model Y.

Based on the first digital sketch, our colleagues at OmniAuto have created a plausible rendering, depicting the final production version of the car. The first thing you are probably going to notice is that the attached digital interpretation has standard side mirrors, while the teaser from June this year had no side mirrors. That’s because we believe Tesla won’t introduce cameras instead of side mirrors for the Model Y.

At this point, we only have some general promises about the Model Y from Musk, like the fact that it will be manufactured in a "way that a car has never been built before", although that seems to have been walked back some in terms of having its own unique platform.

So the Y will likely share many of the components with the recently launched Model 3, but will also perhaps still be assembled in a dedicated factory. The Model Y will, most likely, arrive sometime in 2019 and “will exceed the demand for Model 3,” according to Musk.

Preliminary details suggest the compact electric crossover will carry approximately the same starting price tag as the Model 3, which means, once it hits the market, it will be available for at least $35,000. Power options are a mystery, but we expected them to mirror the performance variants of the Model 3.

The Californian company’s entry into the compact crossover segment will benefit from the next generation of technologies within the company, including a refined version of its Autopilot autonomous driving system. Also, expect to see some infotainment novelties.