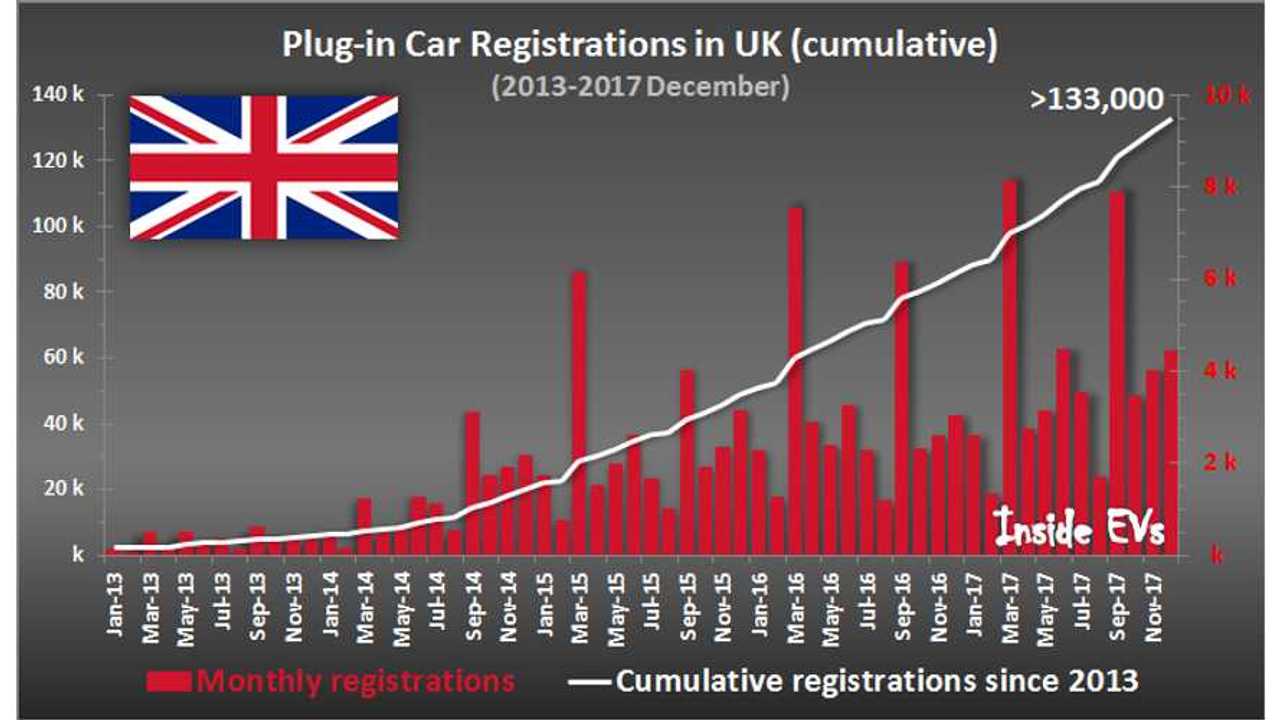 The British plug-in electric vehicle market closed 2017 on a high note, as market share in December reached an all-time record of 2.9%!

Half of the success lies in the growth of EVs, while the other half is in the dwindling car market in general (-14.4% last month).

For comparison, diesel car sales decreased by more than 31% in December!