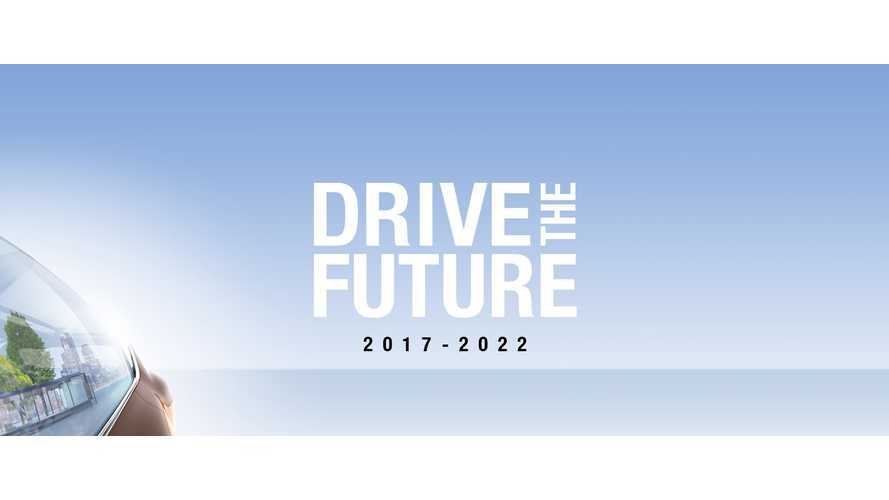 Over that time the company looks to increase its revenues to over €70 billion and margin to 7%, save €4.2 billion on the production and spend €18 billion on R&D.

None of that we really care about though...so, what of plug-in technology?

Renault stats the number of electric cars offered by the company is to increase to 8 over the period, and there will be also 12 electrified models.

It is unclear if Renault means straight hybrids (and how many) when it says "electrified models", but we have already heard confirmation that Mitsubishi's PHEV (plug-in hybrid) technology will be put to use in both Renault and Nissan's lineup in the future; so, we expect at least a couple PHEVs to dot the French automaker's lineup in the coming years.

Renault currently offers the ZOE, Kangoo Z.E. and Twizy, as well as technically the SM3 Z.E. in South Korea, through Renault Samsung Motors.

The newest model to be the Master Z.E., a full size/commercial electric van.

Bring on the EVs!

Groupe Renault Strategic Plan targets by the end of the plan:

Operating margin over 7%, representing a 50% increase in value, with a floor at 5% throughout the plan

€4.2 billion Monozukuri savings over the plan

Over 5 million vehicles sold, doubling sales outside of Europe

Paris, October 6, 2017 - Groupe Renault today announced Drive The Future, a new six-year plan to deliver annual revenues of over €70 billion1, achieve a group operating margin of over 7% by the end of the plan, with a floor at 5%, and positive free cash flow every year. Drive The Future is aligned with the Groupe Renault vision: sustainable mobility for all, today and tomorrow.

Under the Drive The Future plan, Groupe Renault forecasts that unit volumes will grow more than 40% to over 5 million units, compared with 3.47 million units2 sold in 2016, as the company expands its product range, including in LCV and new zero-emission electric vehicles and builds on success of its global access range. The plan will also leverage the R&D and global economies of scale from Renault-Nissan-Mitsubishi, the world’s largest automotive alliance, while maintaining financial discipline and cost efficiency.

Drive The Future will build on the strong foundation of Groupe Renault’s last plan Drive the Change, which resulted in record growth and operating profit, increased synergies gained through the Alliance with Nissan, empowered regions, expanded product mix and leadership in zero-emission vehicles in Europe.

Renault Chairman and CEO Carlos Ghosn said: “Groupe Renault is now a healthy, profitable, global company looking confidently ahead. Drive the Future is about delivering strong, sustainable growth benefiting from investments in key regions and products, leveraging Alliance resources and technologies, and increasing our cost competitiveness. Supported by the men and women of Renault, this new plan will unleash our full potential to innovate and grow in a rapidly-changing industry.”

Key elements of the plan include:

Alliance scale and technologies to support the growth:

Drive the Future will also include investment in digitalization in all parts of the company, in new talent recruitment and skills development. The plan will enhance industrial competitiveness, reduce the company’s carbon footprint, and improve sustainability.

1 with FX from banking consensus September 2017. 2 Including Avtovaz consolidated on December 31, 2016.