US EV Sales Charted: Market Share Increases To 1.4% In September 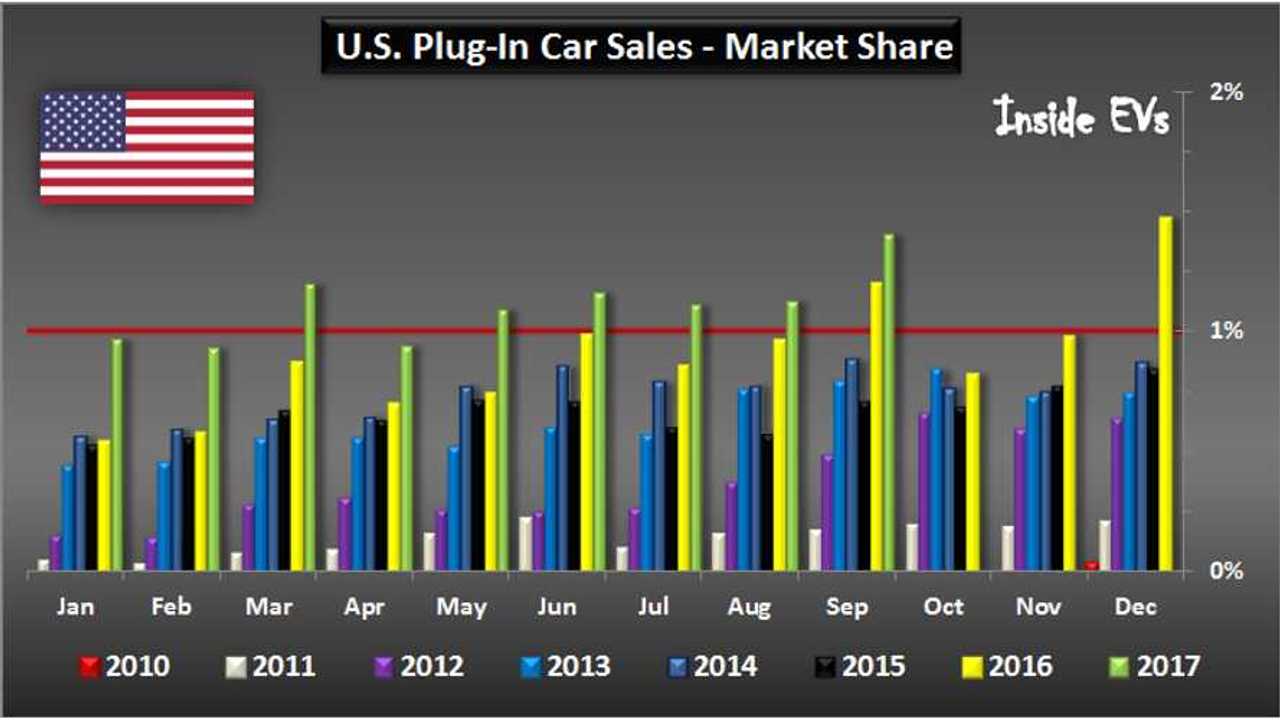 September 2017 was the second best month to date for plug-in electric vehicle sales in the United States (full report here), with roughly 21,325 deliveries being made.  As one might expect, the month also brought one of the highest market shares for the segment at of 1.4%.

Put another way, about 1 in every 70 new vehicles sold in the US last month came with the plug.

The stellar performance last month also enabled the US to cross the milestone of 700,000 plug-in sales since the start of this generation of EVs.

Editor’s note:  all the individual sales for every plug-in model sold in September (and all-time) can be found on our Monthly Plug-In Sales Scorecard.

We should also note some of the relative newcomers that are assisting with the gains.  First up, the Chevrolet Bolt EV, which has seen 7 consecutive months of gains, culminating with a new record of 2,632 deliveries last month:

Toyota Prius Prime almost set new a record in September, and surely could go much higher if inventory would allow (perhaps by November it will); but most importantly, the Prime share inside the Prius family is now at its highest level - 20.5%.

And here is Top 10 for the year after nine months: