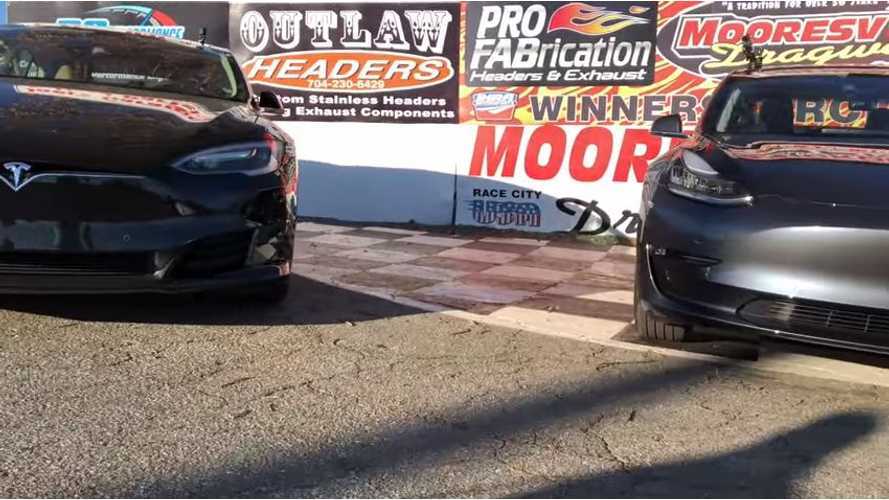 This video is further proof that the Tesla Model 3 (Long Range, rear-wheel drive) is a bit faster than Tesla has let on.

Interestingly, the Model 3 fares pretty well against its more powerful siblings in this drag racing video. Keep in mind that the automaker has yet to release the dual-motor, all-wheel-drive performance version of the Model 3, which will also feature Ludicrous Mode.

Not too bad for the Tesla Model 3

We recently shared Drag Times' video clocking the current iteration of the Model 3 at an impressive 4.66 seconds from zero-to-60 mph. According to Tesla, the car can pull it off in 5.1 seconds. Though it may not seem like a lot, nearly a half-second better is huge when it comes to such stats.

As you can see in the above video, Drag Times' number wasn't matched, but still, zero-to-60 mph in 4.9 seconds exceeds manufacturer specs once again. The cold weather is probably the number one factor in the slower performance.

The Model 3 may be slower than the Model S, however it still pulled 4.9 seconds in the cold going in 0 to 60 mph!

Also invited Charles from the Tesla Racing Channel from YouTube. What a perfect day. It could have been warmer. More to come.