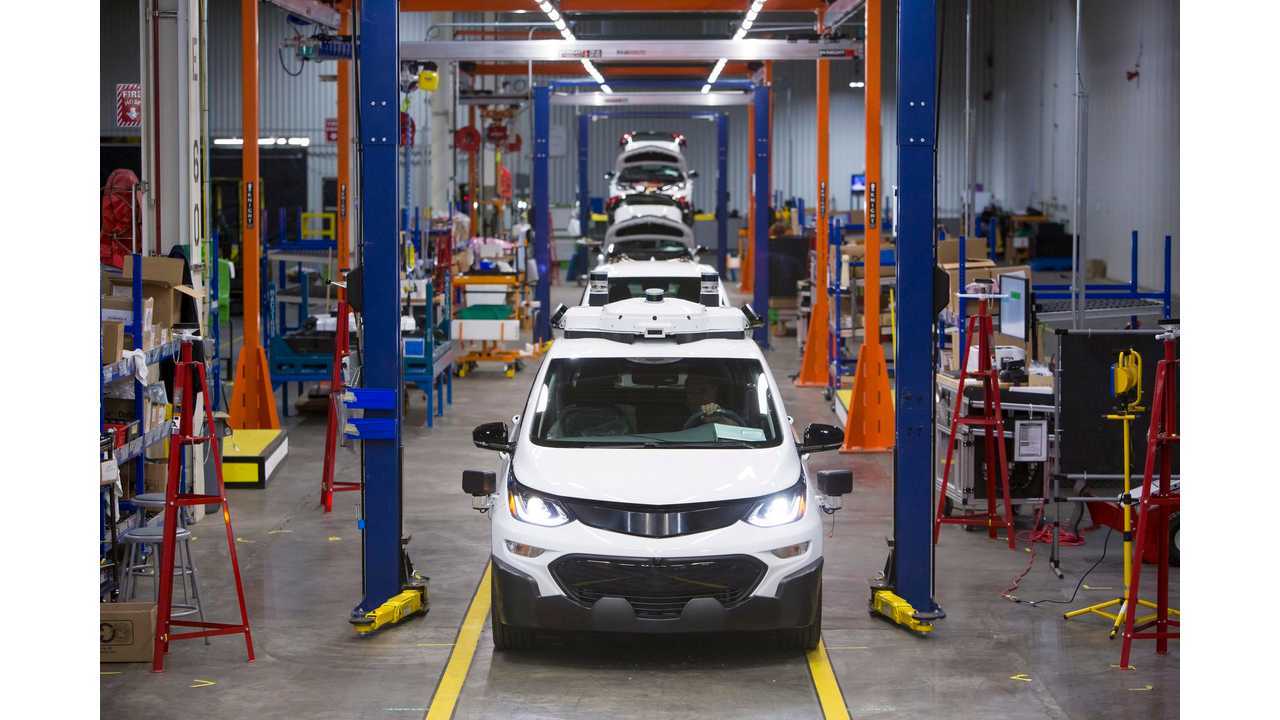 According to GM, its fleet of self-driving Chevrolet Bolts has more than doubled, which means more accidents ... but fortunately, the Bolt has not been at fault.

GM's Cruise Automation has increased the number of autonomous Bolts testing on California roads to 100 over the last three months. Prior to this ramp up, the company was only testing 30 to 40 self-driving units. Now that there are so many robo-Bolts on the road, there have been increased reports of minor crashes, all of which were caused by humans operating cars and bicycles. GM Cruise spokeswoman, Rebecca Mark, assured:

"All our incidents this year were caused by the other vehicle."

Just over the course of September, the Bolts have been involved in six minor incidents, none of which they caused. The tests are taking place on the busy roads of San Fransico, in order to prepare the self-driving vehicles for real-world situations and urban stop-and-go traffic.

The accident situation is something that we also saw early on when Google was testing prototypes. Just because these cars use artificial intelligence and are programmed not to "hit" people, cars, or bikes, among other things, this doesn't mean that they are accident-free. In fact, since many humans don't obey traffic laws, aren't used to the robo-vehicles, and often make errors, accidents are likely. Though it seems that most are minor in nature, and no one has been hurt.

The crashes have all been described as a result of other drivers running into the self-driving Bolts while they are slowing down for stop signs or pedestrians. People are impatient with the autonomous cars and attempt to hurry around them or don't want to come to a complete stop. This is not unlike the way we see drivers act around driver's training cars. Other accidents were the product of people using their devices and not paying attention to the road in front of them. A final incident involved the Bolt stopping for a drunk bicyclist, but the biker still ran into the Bolt's bumper while it was stationary. GM concluded in a recent statement:

"While we look forward to the day when autonomous vehicles are commonplace, the streets we drive on today are not so simple, and we will continue to learn how humans drive and improve how we share the road together.”

For all of 2017, the Cruise Bolts have been in 13 reported collisions (California requires that all crashes are reported regardless of severity). None have resulted in any serious damage to the vehicles or human injuries. Meanwhile, Alphabet's Waymo self-driving cars have been involved in three crashes. Nonetheless, Automotive News says that investors are watching GM's progress and following reports and they must be impressed because shares have increased by 17 percent in the past month.