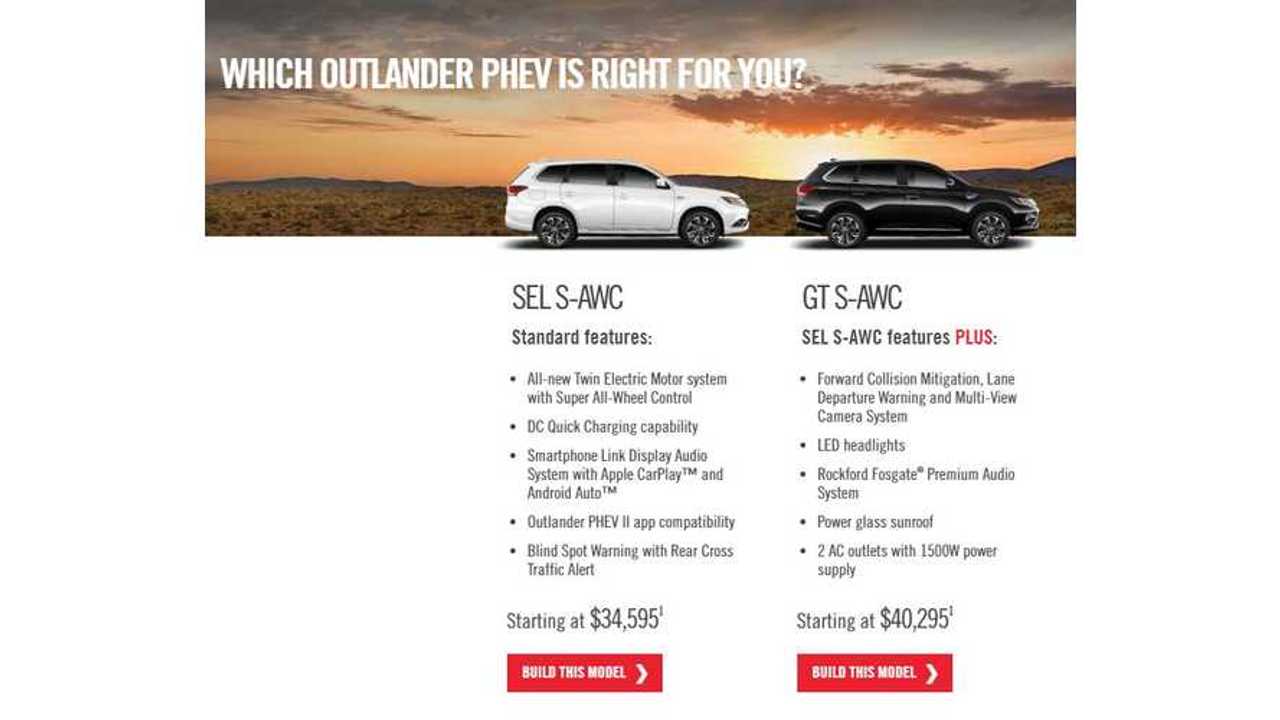 With 99 sales logged last month, we knew it was just a matter of time before full EPA ratings for the U.S. Mitsubishi Outlander PHEV would become available and that time has now come.

According to the EPA, the Outlander PHEV returns 22 miles of electric-only range. A decent figure, but less than what we'd like to see.

On the fuel economy front, the Outlander PHEV returns a combined 25 MPG. Not too shabby for an SUV, but again we'd like to see a higher number.

In terms of MPGe, the Outlander PHEV gets 74 combined.

Here's a look at the numbers, via Fueleconomy.gov:

Those figures are exactly in line with what Mitsubishi has been claiming for quite some time now. Here's Mitsu's estimates:

With all the figures now available, are you more or less likely to place an order? The Outlander PHEV stands alone for now in the affordable plug-in SUV category, so that alone may be reason to buy, but its all-around efficiency does seem a bit lacking.