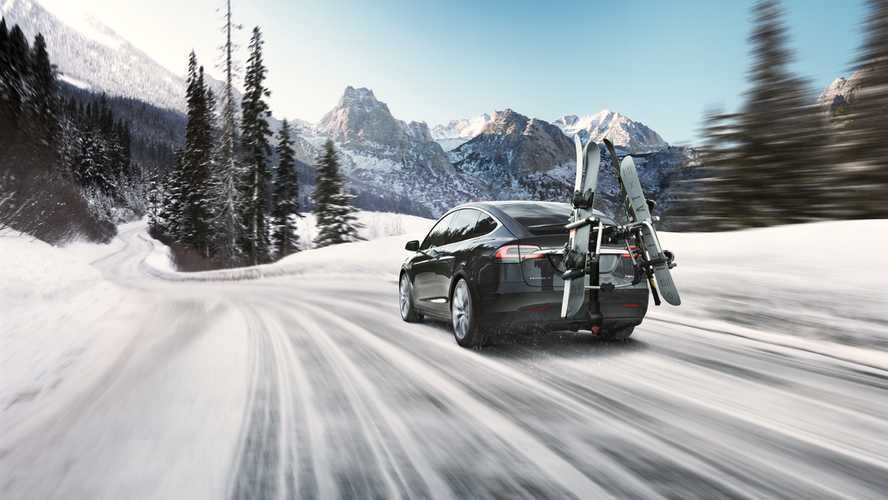 Brrrr... chilly temperatures are freezing folks this winter and car buyers are searching for the ultimate winter-mobile. It turns out that Fortune recently announced, "The Tesla Model X as (almost) the perfect winter car." Wait. Can this 5,000-pound all-electric beast really handle tough winter conditions?

Fortune's Daniel Bentley writes, "Driving out of New York City at 5 p.m. on a Friday is a stressful endeavor any time of year. Add some slushy snow to the mix, and it’s mayhem. But driving the Tesla Model X P100D away from the company’s newest store in Manhattan’s Meatpacking District I was relaxed and comfortable."

Okay, so how does Tesla's Autopilot features work in the slush and snow? Bentley confesses that Tesla's Autosteer feature was a bit hesitant to activate. When it did come to life, he notes: "to be perfectly clear, is not self-driving as most people imagine it. In its current guise, it’s a driver-aid." Nevertheless, driving out of NYC, "Tesla’s 'Traffic-Aware Cruise Control' or TACC was available, and made the two hours of gridlock slightly more bearable."

*This article comes to us courtesy of EVANNEX (which also makes aftermarket Tesla accessories). Authored by Matt Pressman

Sure, Tesla isn't (yet) a Level 5 self-driving car but what's holding the Model X back from being a 100% perfect winter car? Bentley contends, "the physical limitations of battery technology... In the 20- to 30-degree Fahrenheit weather I was driving in, the car was spending a lot more power to heat the cells than it would on a balmy 65-degree day in Palo Alto."

And even though Bentley stopped at a Tesla Supercharger in order to top up the battery, he admits, "I have a longer than average commute at just over 60 miles, and with conservative driving, I’d be able to get to work and back even in sub-zero conditions. And Tesla is reportedly working on a battery pre-heat feature for customers in cold climates. That could come in handy."

So what makes Tesla's Model X such a great car in the winter? Performance. Bentley explains, "The car, equipped with a good set of tires, gripped the road and provided the confidence to drive at normal highway speeds."

What about the massive power and torque available to the Model X — wouldn't that present a problem in the snow? Bentley notes, "Even with some aggressive throttle there was minimal wheel slippage: the car’s ability to almost instantly send torque and brake the wheels as necessary makes for the least jarring traction control I’ve experienced. The effects of the snow were almost completely neutralized."

Still not a believer? Perhaps this video will convince you. Model X owner Ben Spreen writes (via youtube), "I was exploring Raleigh NC during the snow storm and found a United States Postal Service truck stuck on an icy snowy hill... So we did what any sane person would do and hooked up the 66,500 pound semi to the back of my Tesla Model X 90D and pulled him up the hill."