Could The Tesla Semi Disrupt The Trucking Industry? 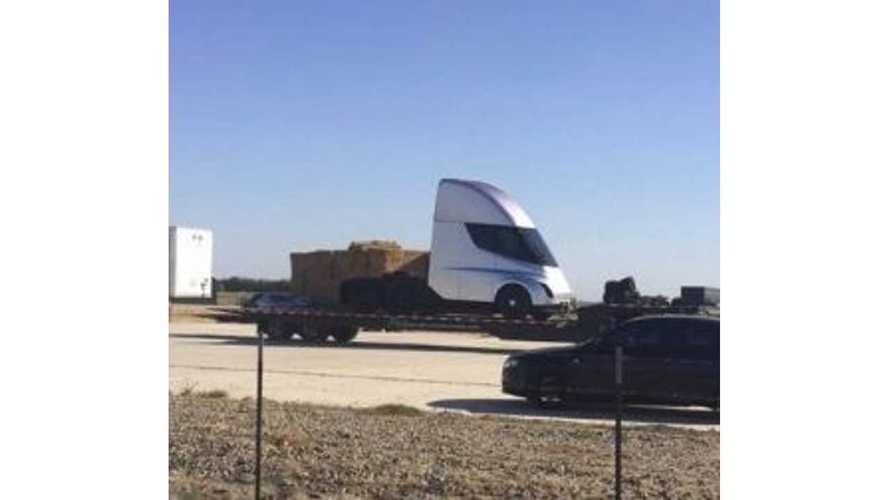 The Tesla Semi to be fully revealed on October 26th

If Tesla can overcome some significant obstacles and successfully pull off the pure-electric Tesla Semi, it could be industry changing.

The if is BOLD here for many good reasons.

Where will Tesla manufacture these monstrosities, and at what pace? What happens if there are delays to production and companies are counting on them for fleets? What size battery pack will something like this need and how much will it weigh? Who's going to maintain and repair these "beasts"? How much will they cost compared to current diesel-powered models?

As with any new venture -- and this one is very new -- there are many unanswered questions. Leave it to Tesla and CEO Elon Musk to figure out all the answers. The point here is that if the Silicon Valley automaker does make this happen, it will be a sight to see.

The goal behind the Tesla Semi is to undercut the operating costs of current semi trucks. It surely costs less to run on electricity than gas, but also, the electric semi should require less maintenance, and may be cheaper to insure. Morgan Stanley analyst, Adam Jonas, believes that operational costs could be 70 percent less than diesel semis.

However, like electric cars, initial costs will surely be significantly more. Although, convincing the trucking industry to factor in operational costs may be an easier sell to the trucking industry than it is to the typical consumer. Many people don't pay nearly enough attention to ownership costs. They're just happy to land a cheap deal. Major industries like that of trucking have no choice but to budget and pay particular attention to the bottom line, as well as set their sights on the long term.

Jonas also suggests that Tesla's electric Semi will have a range of about 200 to 300 miles, which was also reported by Reuters; although a recent tweet by the Tesla CEO would seem to indicate the analysts, if anything, might be undercutting the future Semi's range.

Still, unless the range is north of 500 or so miles, this points to these trucks being used for regional or local hauling instead of long-distance routes. If Tesla can eventually move to long-hauling, or surprise us next month with the truly unexpected, the truck could be even more disruptive.

This is especially true when considering the automaker's Autopilot and Full-Self Driving systems. Tesla has spent years compiling information from billions of miles of Autopilot driving.

If these semis can be automated, taking the stress off the drivers, negating the need for long stops or driver changes, and mapping out the best routes, there is incredible potential here - and would also eliminate the need for ranges over ~300 or so miles for long hauls - in that case, only a suitable charging infrastructure is required.  Not to mention the number one goal of eliminating tailpipe emissions from an industry that is one of the prime contributors to global air pollution.

We can only hope that Tesla knocks it out of the park with this venture. Hopefully, we'll have some more answers after the official unveiling in Hawthorne on Thursday, November 16, 2017.