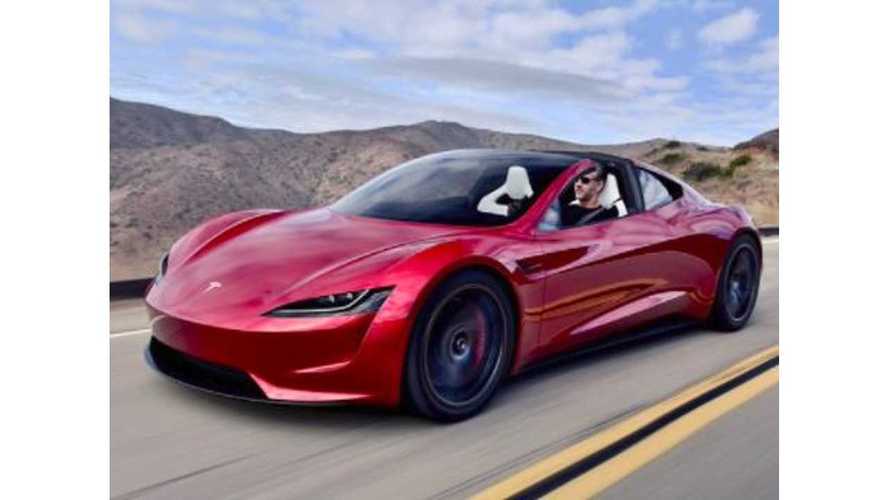 Nothing quite like an afternoon cruise in the second-generation Tesla Roadster ... especially since no one else can partake!

Well ... there's likely potential for Musk or some of the higher-ups at Tesla to take it for an occasional spin, but that's probably about it.

Franz von Holzhausen has waited years to design a Tesla sports car. Following his days at GM, Volkswagen, and Mazda, with his name on models like the Pontiac Solstice, Saturn Sky, and even an iteration of the "new" Beetle Concept One, the Roadster has been in his sights from the beginning.

Franz has been Tesla's Chief Designer for the Model S, X, and 3. However, the original Tesla Roadster was before his time at the Silicon Valley automaker. We've been pretty confident all along that an updated Roadster was in the cards, and Musk has been making that increasingly clear as of late.

While it will be a while before the car is available (at least 2020), it's coming now for sure with specs to top any production car ever produced. Tesla Roadster 2.0, in its base configuration, will be capable of a 1.9-second zero-to-60-mph sprint (which was proven at the recent Tesla Semi reveal event), and a top speed of over 250 mph.

Not to mention that there's room in the back for some kids or luggage (or perhaps a few small adults), it will boast a range of 620 miles, and it's priced at only $200,000.