Honda Will Shutter A Japanese Factory To Shift Manufacturing Towards EVs 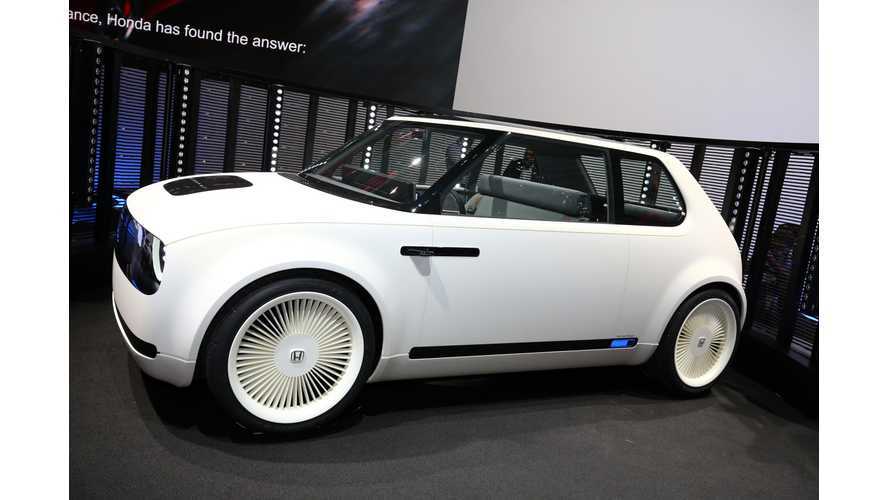 Honda, needing to address a serious problem of domestic production overcapacity in Japan, has decided to close one of its plants - the 1964 Sayama Automobile Plant.  The facility will close its doors by March 31, 2022.

Today's production will be consolidated into the nearby Yorii Automobile Plant, which is much more efficient, and not surprisingly a much newer facility (opened in 2013).

Both sites have the capacity to build 250,000 vehicles each, while overall, Honda's capacity in Japan stands at 1.06 milion cars, but lowering that to ~800,000 would increase utilization from today's low 76%.

At the same time, the Yorii plant will become Honda's global center for electrified vehicle.s The production processes will be then applied in other plants globally.  States Automotive News:

"Yorii will be positioned as a global center for electrified vehicle production. It will serve as a template for overseas manufacturing as Honda launches more hybrids and EVs overseas.

A longtime EV skeptic, Honda announced in June that it had established an Electric Vehicle Development Division to create EVs based on dedicated all-electric platforms. That is a departure from Honda’s current stance."

Honda called the move an "evolution".

At the upcoming Tokyo Motor Show, Honda will present several new concept electric cars, including the new Sports EV Concept...although at this point we'd much rather see "production-intent" offerings on the show stand:

Honda to Evolve its Automobile Production System and Capability in Japan

Honda Motor Co., Ltd. today announced that the company will evolve its automobile production system and capability to further enhance Mono-zukuri (the art of making things/manufacturing) in Japan. In more concrete terms, Honda will pursue two key initiatives: to evolve production operations in Japan and to newly establish a function to evolve production technologies in Japan to be shared globally.

Due to the rapid advance of new technologies such as electrification and intelligence technologies, the automobile industry is undergoing an unprecedented and significant turning point in its history. Anticipating major changes in automobile production, Honda will largely evolve its production operations in addition to product development operations.

Since its foundation, Honda has been establishing the technologies and know-how of Mono-zukuri in Japan and then evolving them rapidly to operations outside Japan, where each region applies its own originality and ingenuity at the spot. This is how Honda has achieved growth on a global basis. However, from here forward, automobile manufacturers must be able to accommodate new technologies speedily, and therefore it became essential for Honda to further evolve its production function in Japan and establish a structure where Japan operations will lead the other Honda operations on a global basis.

Based on this understanding of the situation, Honda will pursue the following initiatives.

While leveraging the respective strengths of automobile production plants in Japan, Honda will establish a production system and capability which will enhance Honda’s competitiveness.

Production know-how involving new technologies will be amassed at the Yorii Automobile Plant and evolved from Japan, Honda’s Mono-zukuri leader, to Honda operations outside of Japan, which will establish a structure where Japan operations will lead other Honda operations on a global basis.

Associates who are currently working at Sayama Automobile Plant will be transferred mainly to the Yorii Automobile Plant and fully utilize the production know-how they have amassed in their career.

Striving to further increase the efficiency of producing low-volume-production models, which Honda is currently entrusting to Yachiyo, Honda and Yachiyo today signed a basic agreement to begin discussion toward making Yachiyo’s automobile assembly business a wholly-owned subsidiary of Honda.

While leveraging the technologies and human resources amassed at Yachiyo, Honda will further increase efficiency by optimizing its low-volume production system and capability.

The two companies will continue to discuss more details, such as the scope of Yachiyo business Honda will take over, and strive to reach a final agreement.

Moreover, through this function, Honda will further develop and foster global human resources.

Through these initiatives, Honda will further strengthen and significantly evolve its automobile production system and capability in Japan to reinforce its automobile business structure.