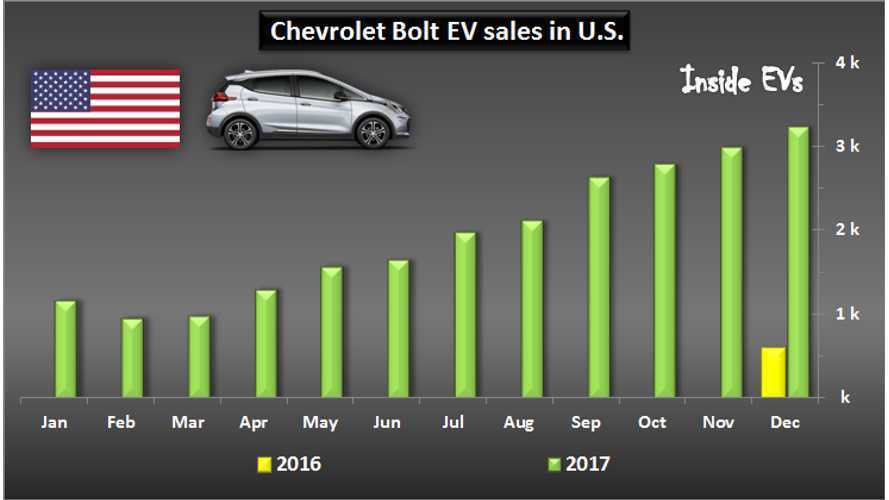 2017 was an excellent year for Chevrolet plug-in EV sales in the U.S., thanks mostly to the Bolt EV, which captured a decent part of the market share, and shows no signs of slowing down.

Let's start with December for Chevy, which was a record in many ways.

First of all, Chevrolet sold more than 5,000 plug-ins in a single month for the very first time.

In total, 5,166 deliveries translated into a record share for plug-ins of 3.08% of total Chevrolet sales for the month.

The main force behind the record was once again the Chevrolet Bolt EV, which set its own record of 3,227 sales in December. At the same time, Chevrolet Volt sales decreased by 48% to 1,937, perhaps feeling the pressure from the like the Honda Clarity (almost 900 sales in its first month on the market), and the Toyota Prius Prime (which sold a record 2,420 units in December).

The third model in the Chevy line-up is the Spark EV, but as production wound down last year, only 23 were delivered in 2017.

During the year, Chevrolet delivered 43,669 plug-in electric cars (up 54% year-over-year):