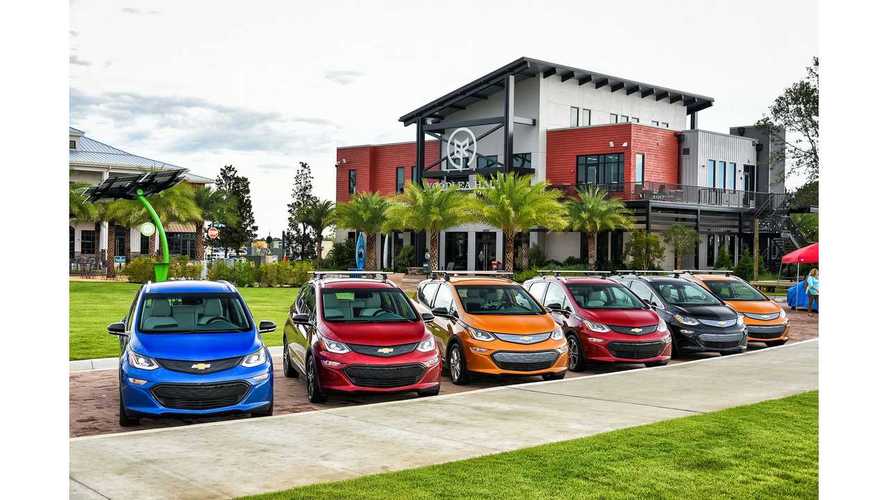 California state assembly member Phil Ting has introduced a bill AB 1745 Clean Cars 2040 that requires all new passenger cars to be Zero Emission from January 1, 2040 on.

It will be still possible to use non-ZEV cars within the state, but the new ones need to be ZEV (mainly all-electric or hydrogen fuel cells) to be registered and even plug-in hybrids won't qualify.

The bill concerns passenger cars with weight up to 10,000 lbs (heavier commercial vehicles will not be required to be ZEVs).

California Governor Brown already set a target to have 1.5 million zero-emission vehicles on the road by 2025, but this bill is an even more serious assault on all the internal combustion engine powered cars.

"AB 1745 requires all new vehicle registrations in California on and after January 1, 2040, to be zero-emissions vehicles. The bill defines zero emissions vehicle as “a vehicle that produces zero exhaust emissions of any criteria pollutant (or precursor pollutant) or greenhouse gas, excluding emissions from air conditioning systems, under any possible operational modes or conditions.” The bill does not apply to commercial motor vehicles weighing more than 10,000 pounds, and allows people moving into California to keep their vehicles, whether ZEV or not."

We are eager to see what will be the response to the idea and the time frame.

“California has long led the nation in promoting environmental protection and public health through visionary policies and technological innovations,” said Assemblymember Ting (D-San Francisco), and author of the legislation. “It’s time that we clear the path for emissions-free transportation and take significant steps to achieve our ambitious emissions reduction goals. AB 1745 does just that by requiring that all new cars registered in the State of California –after January 1, 2040 – be zero emissions vehicles. We’re at an inflection point: we’ve got to address the harmful emissions that cause climate change. Achieving the goal of electrification of transportation is crucial for the health of our people and the planet. Vehicles run on fossil fuels are responsible for nearly 40 percent of California’s greenhouse gas (GHG) emissions. By spurring the use of zero emissions vehicles, we’re creating a mechanism to ensure a healthier future for Californians, and the entire region.”

“If we want to seriously combat climate change, protect our clean air and water, and ensure a just transition to clean energy, we need to invest in clean, zero emission transportation,” said ​NextGen America President ​Tom Steyer, a supporter of Clean Cars 2040. “Dirty vehicles are the largest source of carbon emissions in California –polluting the air and water for millions across the state– so we must take action to accelerate the transition to 100 percent clean vehicles. Now more than ever, this legislation is needed to protect Californians' health, create good-paying clean energy jobs, and reinforce our state's role as a global climate leader.”

“Reducing fossil fuels emissions should be California's highest priority,” added Adrian Martinez, Staff Attorney, Earthjustice. “With this legislation, California will be taking combustion polluting vehicles off the road and advancing zero emission vehicles – helping us to finally address air pollution and better equipping us to combat climate change. I urge our State's leaders to pass this important legislation.”

“Over-reliance on fossil fuels in transportation damages the air, our health, the environment, our society and our economy,” noted Ting. “The transition to zero emission vehicles is underway, promising myriad health, environmental and economic benefits. Clean Cars 2040 is a powerful policy initiative that’ll set us on the correct course for achieving clean air and climate targets that prioritize public health.”

California has set ambitious goals to reduce GHG emissions by 40 percent below 1990 levels by 2030. There are nearly 300,000 EVs on California roads today. In 2016, approximately 2.09 million new cars were sold in California, and 1.9 percent were EVs. Over 20 EVs are now on the market in subcompact, hatchback, sedan, luxury, and SUV/minivan models.