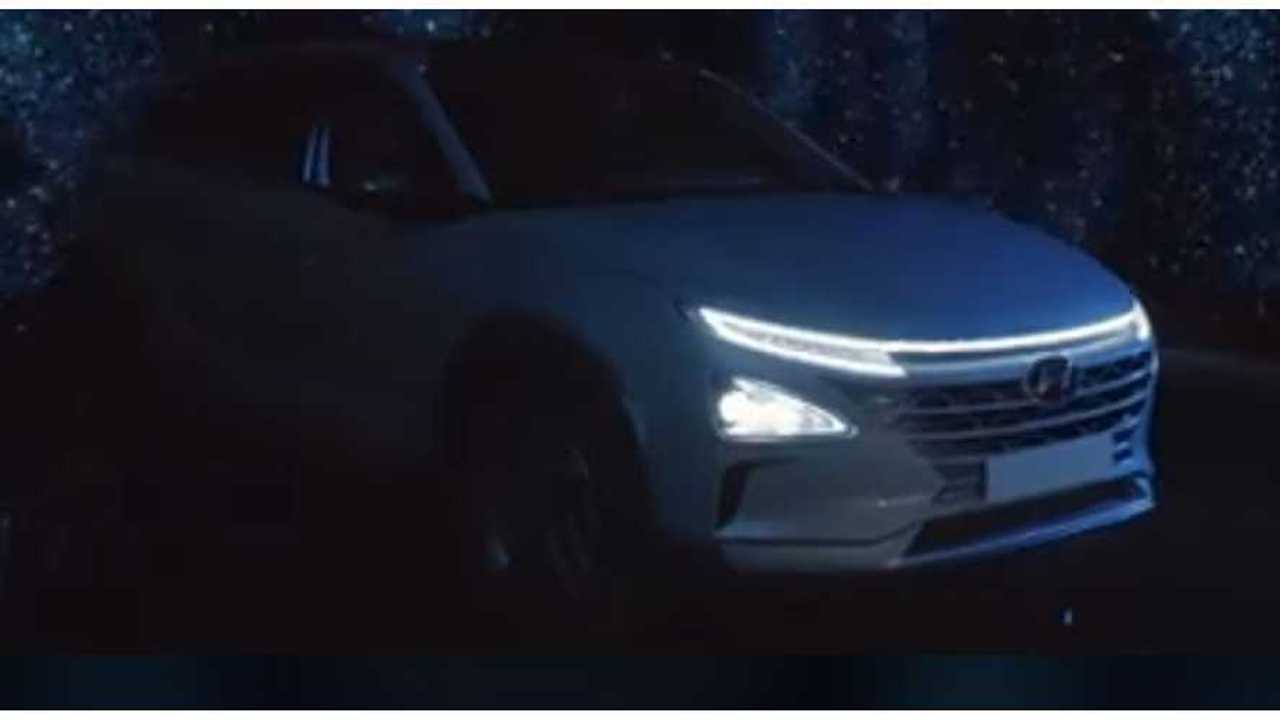 The company will also show off its next-gen autonomous driving tech.

Hyundai will keep busy at CES in 2018 by unveiling its upcoming fuel-cell-powered crossover, next-gen autonomous vehicle tech, and the concept for the brand's future of automotive cabins. The company will also show off ways to use hydrogen power in the home. So far, Hyundai doesn't give the new FCEV model a name but promises to unveil the moniker during the show.Compared to the existing fuel-cell-powered Tucson, this new hydrogen-fueled crossover is a significantly better looking vehicle. The sharp nose features a wavy mesh grille and two-tiered lights. In profile, black trim outlines the greenhouse and semi-floating roof design. Spy shots of a mostly undisguised test mule (below) show that the vehicle as a funky rear with strakes on each side of the rear glass, triangular taillights, and metallic trim along the lower bumper.

The new fuel cell reportedly operates at 60 percent efficiency, which is 9 percent better than the powertrain in the Tucson Fuel Cell. The improved tech allegedly pushes its range to 500 miles (804 kilometers). Hyundai will also equip the model with its latest autonomous driving tech, but these systems will likely trickle out to higher volume products later.

The lack of a hydrogen infrastructure is still a problem across the world. The South Korean government has pledged to install over 100 refueling points across the country by 2020.

Hyundai teased details about its next-gen cabin concept in December. The so-called Intelligent Personal Agent uses artificial intelligence to improve the quality of voice commands, including the ability to process multiple requests in a single sentence. The tech can also predict the driver's needs and tailor information accordingly. A simplified version of this system should debut on 2019 model year vehicles.