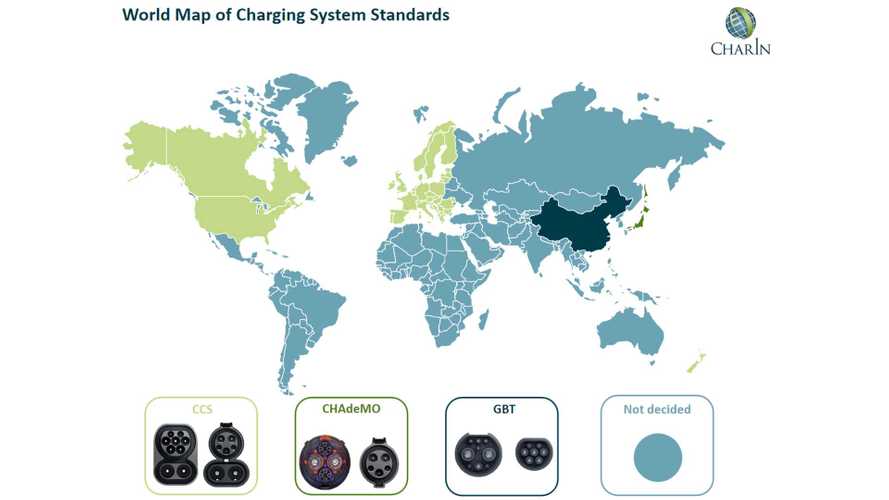 South Korea, despite initial engagement in the CHAdeMO fast charging standard several years ago, is now making a switch to the CCS Combo standard used in North American - Combo 1.

It was already expected by the CharIn alliance, but become reality recently as the Korean Agency for Technology and Standards announced its decision to recommend CCS Combo 1.

Prior to the move, there was CHAdeMO, CCS Combo 1 and 3-phase AC European Type 2 standard) in use, both on cars and on the charging infrastructure side.

In 2017, roughly two-thirds of all new all-electric cars in South Korea were sold with the CCS Combo 1 inlet for 1-phase AC and DC fast charging.

It's an open question as to whether Nissan/Mitsubishi will continue to be the only makers to sell cars with CHAdeMO, and whether or not Renault Samsung Motors will stick with 3-phase 22 kW charging instead of DC.

We expect that most of the other markets in the world that are not decided yet will go with the more universal CCS Combo 2 (the European version that offers additional 3-phase charging capability).